There are more spiritual and religious choices available now than at any time in history. The downside is that more choices makes life more complicated.

I get questions from seekers on a fairly regular basis. I listen, then usually recommend reading a book or two and beginning a spiritual practice. I don’t think I’ve ever made a specific recommendation for a spiritual path. How could I? I don’t know the seekers well enough, and even if I did no one can accept responsibility for the spiritual life of someone else.

I’ve learned as much as I’ve taught in these exchanges. I see five common reasons why people can’t find the right spiritual path.

1. You don’t know your core values. Is there such a thing as absolute truth? What does it take to convince you something is true? What’s your tolerance for ambiguity?

Is the world primarily something to enjoy or something to escape? Do your heart and mind tell you there are many Gods, one God, or no Gods?

Are you willing to be challenged, both in your beliefs and in your application of them? Or are you looking for something that will confirm what you’re already comfortable with?

These are hard questions, and they’re a bit of a Catch-22. Many spiritual traditions are very good at helping you learn what matters most. But until you spend significant time working through them, you won’t know if you’re a good match with them or not.

Do this instead. Read. Read as much as you can from as many different religious and spiritual traditions as you can. Read with an open mind – don’t analyze every page to see if it confirms or rebuts what you already think. Simply learn what other people believe and do. Then contemplate what you’ve read. Keep at it till you’ve got a good idea of what’s important to you, so you can find a spiritual tradition that supports your values and your priorities.

2. You’re so busy running away from something you can’t run toward anything. A preacher hurt you so you want nothing to do with any religious authority – even a Wiccan priestess who’s been successfully training dedicants for twenty years. You had Young Earth Creationism shoved down your throat so you can’t read mythology without insisting it’s only a made-up story. You were part of a church that hammered people for money and then spent it vainly, so you think money can’t be part of true spirituality.

Many of us are religiously wounded, and recovering is an on-going endeavor. But at some point we have to let go of the old baggage and make a fresh start on a new path. At some point we have to stop being not-fundamentalists or not-atheists and start being active Pagans, Druids, or polytheists; or active Buddhists, Progressive Christians, or UUs.

Do this instead. Pick a new spiritual practice and dive into it unconditionally. Try meditation, prayer, offerings, observation of Nature – there are many choices. Read a book on it, take a class, talk to people who are doing it. Then do it. And keep doing it. When something makes you feel uncomfortable, do it anyway. That’s how you learn and grow. 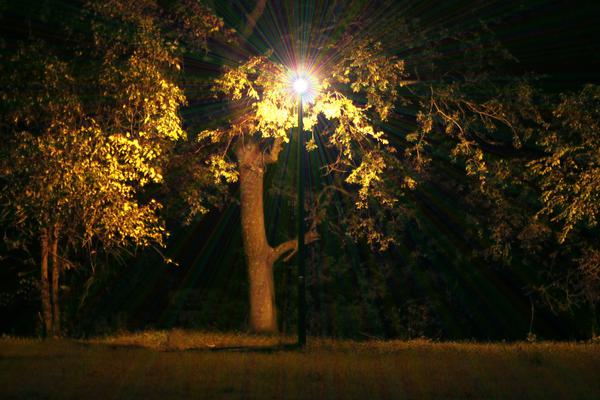 Obviously, this assumes your chosen practice is ethical. I don’t know any spiritual practices that aren’t ethical, but there’s a huge difference between “my old church said this was a sin” and “my gut tells me this is wrong.” Listen to your gut.

Do this instead. Make a list of what you absolutely have to have in a path. Then meditate on the list – spend several sessions running it through your mind. Make changes as you see fit. Here’s the catch – you have cut the list down to no more than three must-haves. If you have a grocery list of must-haves you’ll always be disappointed. As in marriage, a big part of success isn’t in finding the right person but in being the right person.

4. You’re looking for external confirmation. You’re expecting a burning bush or a choir of angels. You want Zeus himself to bodily appear and explain The Meaning Of Life. Or you want a clear, unambiguous ancient text you can read literally. You want certainty!

Nothing in life is certain. Many times the only way to know what lies over the next hill is to go ahead and climb the hill. Maybe there’s a beautiful meadow and maybe there’s a desert, but if you won’t start walking till you know for sure, you’ll be sitting on the side of the road for a very long time.

Do this instead. Look within yourself. Does your spiritual practice inspire you to live in harmony with other people and the rest of Nature? Is it a source of encouragement instead of a source of fear? Does it challenge you to live up to your values instead of doing what’s easy? If it does, that’s all the confirmation you need.

5. You aren’t sticking with something long enough to see if it works for you. Some ancient sources say it took nineteen years to become a Druid. The OBOD course is nominally three years and I don’t know anyone who’s finished it in less than five. Wiccan dedicants study for a year and a day before their First Degree initiation.

Yet I see people who read one book or spend a month exploring a spiritual tradition and then go rushing off to try something else. Yes, the world has many beautiful and powerful religious traditions and there is wisdom in all of them. But much of that wisdom only comes through years of consistent, dedicated practice. If you truly want to syncretize, learn enough about each tradition so you can blend mindfully and not haphazardly.

Do this instead. Pick something and commit to practice it diligently for a year. During that year dive as deeply into that tradition as you possibly can. Read sources from other traditions only as they inform your chosen path. At the end of the year, see where you are. If you’re sure it’s not for you, then try something else. More likely, you’ll find you’re just starting to see how much depth really is in that path, if only you’ll keep working on it.

Religion used to be simple. You learned the religion of your family growing up and that was that. That’s still the case in some parts of the world. More options bring more freedom but also more complexity. Finding the right spiritual path is possible, but it requires dedicated, consistent, mindful work.

May you find the path that calls to your soul!