Rather than just tell you when games have arrived, or when they’re just about to drop, we thought it might be a good idea to give you an overview of what to expect over the coming month. And this month looks solid, with a variety of games from the boldly experimental to the obviously brilliant.

And some less interesting ones too.

Needless to say, there are hundreds of games coming to Android this month, and we’ve only given you a snapshot. As ever, please do add to this list in the comments below.

Sir yes sir! Just months after Company of Heroes made the jump from iPad to smartphones, follow-up Opposing Front is mustering its forces for an April invasion. Company of Heroes: Opposing Fronts adds two new campaigns to everybody’s favorite WWII RTS, one involving German tanks and the other involving the British 2nd Army. It’s also got lots of swearing. Originally available as a standalone expansion, Opposing Fronts will be a $3.99 IAP when it arrives on the 13th.

We like the look of this one. Tender: Creature Comforts is Kenny Sun’s attempt at a non-creepy dating sim. It manages to be non-creepy by avoiding the human species altogether. After all, that’s where all the creepiness is. Instead, it sees you exploring a fictional data app in search of love and companionship with all manner of exotic extraterrestrial life. It’s due on the 21st.

Darkfire Heroes is the first game to come out of Rovio’s Copenhagen studio. It’s a casual RPG with PvP, spells, 75 Heroes, lots of skills and gear pieces, faction, special attacks, and pretty much all of the key terms you’d expect to find in a description of a mobile RPG. It’s not particularly original, but it is very polished. You can already play the game if you live in one of a number of territories, including Canada, the United States, Denmark, Norway, Sweden, Finland, Netherlands, Poland, the United Kingdom, Israel, Philippines, and Thailand. But the full global release is happening this month. 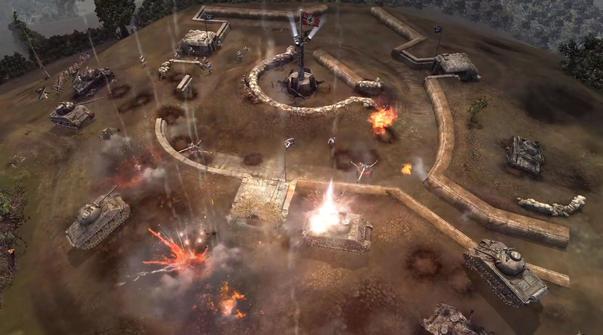 Warhammer 40,000: Mechanicus is just one of approximately a trillion Warhammer videogame spin-offs. But it’s a good one. Already available on PC and consoles, its gameplay resembles the XCOM series, but with more tech priests and ancient technology, as you’d expect. Kalypso Media is the studio handling the mobile port, and it promises touchscreen optimized controls. The game will be available for $11.99 on the 22nd of April.

Anagraph is a clever word game in which the letters can be flipped upside down to make different letters. For example, and upside down W is an M, and an upside down A is an E (it works with the font used in the game). The goal is to make as many words as possible from a jumble of letters, like in Boggle, but here the options are multiplied. Anagraphs is out on the 6th.

Square Enix has a large back catalogue of RPG going back decades, and the studio has been diligently excavating its archives and bringing those fossilised RPGs back to life. SaGa Frontier is next in line. Originally released in 1997, the game sees you choosing from seven different protagonists and setting off on a magical adventure. The new Remastered edition looks like a significant overhaul. It even adds a new protagonist, and therefore a new ending. It’ll be available on the 15th.

Like Darkfire Heroes, Smash Legends is already available in a few major territories, but it’s still waiting for a full global launch. Gameplay-wise, this accessible fairytale-themed brawler from LINE Games sees you knocking opponents off a floating arena, like Brawlhalla and Super Smash Bros, but from a MOBA-like top-down perspective. It comes with a variety of modes, and so far the user feedback is fairly promising. LINE Games is certainly throwing its weight behind it. Smash Legends will be globally available on the 13th.

The latest in Com2uS’s popular Summoners War series looks like more of the same with a few key tweaks and additions. That’s good news if you’re a fan. There’s a new battle system aimed at increasing the tactical scope of the game by allowing you to pick monsters, Rune sets, and Skill Stones to take into battle. But, really, it’s another helping for monster-collecting, alliance-joining, Rune-crafting fun, and it’ll be out on the 29th of April.