SAUK VALLEY— Kinzinger asks president to keep Byron and Dresden nuclear power plants operating. Kinzinger, in a letter addressed to President Joe Biden, asks that emergency powers be used until the legislative process in Illinois or Washington offers a solution.https://www.shawlocal.com/sauk-valley/news/local/2021/08/24/kinzinger-asks-president-to-keep-bryon-and-dresden-nuclear-power-plants-operating/

FOX NEWS— Facebook uses partisan fact-checkers to ‘suppress’ conservative satire, Babylon Bee CEO says. Seth Dillon suspects Facebook gives the Bee a poor “news quality score,” even though his website doesn’t claim to publish news. – Tyler O’Neil (COMMENT: Would Facebook hire me? While I worked for the Democrats who ran GAO 1980-1997, the last 11 years of which at GS-13 Step 1-10 levels, currently $102,188-$132,845/year, I increasingly worked as a referencer, that is, as a fact-checker. That work required assuring the accuracy and support for each and every word, number, table, graph, chart, conclusion, opinion, and recommendation in GAO reports. I worked for IRS 1971-1980, the last 5 1/2 years of which at the GS-12 Step 1-5 levels, currently $85,935-$97,395/year. My other fact-checking qualifications include my becoming a Forensic Accountant in 1997, Certified Fraud Examiner in 1990, licensed CPA in 1981, Certified Internal Auditor in 1981, and CPA in 1979.)https://www.foxnews.com/media/facebook-partisan-fact-checkers-suppress-satire-fake-news-babylon-bee-ceo

FOX BUSINESS— CVS workshop tells employees to hold each other ‘accountable’ for ‘non-inclusive’ acts. The training is part of a $600 million effort to address racial inequality. – Samuel Dormanhttps://www.foxbusiness.com/politics/cvs-inclusion-training-critical-race-theory— Retirement swelled during the pandemic, more than expected, study shows. At least 1.7M more older workers than expected retired due to the COVID-19 pandemic. – Brittany De Leahttps://www.foxbusiness.com/economy/millions-workers-retire-before-expected-pandemic

AMERICAN THINKER— Canceling Rent is Canceling America – William Sullivan (COMMENT: I was a landlord 1976-1984, not because I wanted to be, but because University Park real estate prices were down.)https://www.americanthinker.com/articles/2021/08/canceling_rent_is_canceling_america.html— Vaccine mandates may herald the end of the republic – Eric Utterhttps://www.americanthinker.com/blog/2021/08/vaccine_mandates_may_herald_the_end_of_the_republic.html

CNS NEWS— Poll: 81% of All Voters Support Voter ID, Including 77% of Black Voters – Michael W. Chapmanhttps://cnsnews.com/article/national/michael-w-chapman/poll-81-all-voters-support-voter-id-including-77-black-voters— Former UN Ambassador Nikki Haley: ‘You Negotiate with the Devil from a Point of Strength’ – Melanie Arterhttps://cnsnews.com/article/washington/melanie-arter/former-un-ambassador-nikki-haley-you-negotiate-devil-point— Rep. Waltz: Future U.S. Soldiers Will ‘Have to Fight Their Way Through Our Own Equipment ... to Deal with al Qaeda 3.0’ – Melanie Arterhttps://cnsnews.com/article/washington/melanie-arter/rep-waltz-future-us-soldiers-will-have-fight-their-way-through-our 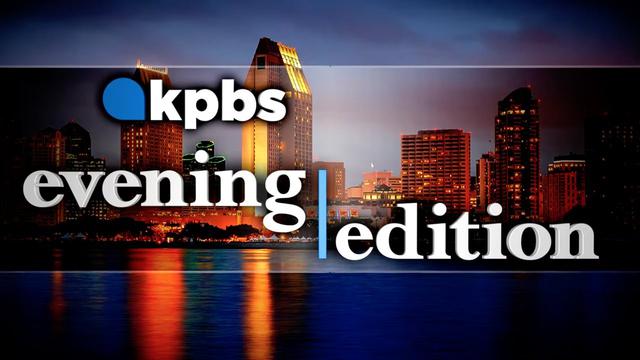 DAILY CALLER— Joe Biden Destroys A Country, Hides From Consequences – RONNA MCDANIELhttps://dailycaller.com/2021/08/24/rnc-chair-mcdaniel-joe-biden-destroys-a-country-hides-from-consequences/— McCarthy Says He Is ‘Less Confident’ All Americans Will Be Evacuated From Afghanistan By Aug. 31 After Classified Briefing – HENRY RODGERShttps://dailycaller.com/2021/08/24/kevin-mccarthy-less-confident-americans-evacuated-afghanistan-august-31-deadline-classified-briefing/

FEDERALIST— Everything Liz Cheney Touches Turns To Garbage, A Retrospective. Throughout her entire tenure in the lower chamber, Wyoming Rep. Liz Cheney has yet to lead a winning effort in a defining moment. – Tristan Justicehttps://thefederalist.com/2021/08/24/everything-liz-cheney-touches-turns-to-garbage-a-retrospective/— How Partisan ‘Fact-Check’ Sites Used By Big Tech Are Sowing Distrust (COMMENT: While I worked for the Democrats who ran GAO 1980-1997, the last 11 years of which at GS-13 Step 1-10 levels, currently $102,188-$132,845/year, I increasingly worked as a referencer, that is, as a fact-checker. That work required assuring the accuracy and support for each and every word, number, table, graph, chart, conclusion, opinion, and recommendation in GAO reports. I worked for IRS 1971-1980, the last 5 1/2 years of which at the GS-12 Step 1-5 levels, currently $85,935-$97,395/year. My other fact-checking qualifications include my becoming a Forensic Accountant in 1997, Certified Fraud Examiner in 1990, licensed CPA in 1981, Certified Internal Auditor in 1981, and CPA in 1979.)https://thefederalist.com/2021/08/24/how-partisan-fact-check-sites-used-by-big-tech-are-sowing-distrust/— DeSantis Vindicated: There’s No Science Behind Masks On Kids – Shawn Fleetwoodhttps://thefederalist.com/2021/08/24/desantis-vindicated-theres-no-science-behind-masks-on-kids/

TOWNHALL— Biden Caves to Taliban – Spencer Brownhttps://townhall.com/tipsheet/spencerbrown/2021/08/24/biden-pentagon-august-withdrawal-deadline-n2594628— Is This Why Joe Biden Is Late for His Afghanistan Address? It’s Not Good, Folks. – Matt Vespahttps://townhall.com/tipsheet/mattvespa/2021/08/24/biden-is-late-addressing-afghanistan-chaos-but-we-have-reports-that-us-troops-ar-n2594665

NATIONAL REVIEW— Biden Has Shown Us That His Promises Are Worthless – CHARLES C. W. COOKEhttps://www.nationalreview.com/2021/08/biden-has-shown-us-that-his-promises-are-worthless/

HUFFINGTON POST— Here Are The States Offering To Resettle Afghan Refugees. As the Biden administration continues to evacuate tens of thousands of people from Afghanistan, these states are ready to offer homes to those fleeing. – Sanjana Karanth (COMMENT: Democrats only want refugees who are going to vote for Democrats. How many Afghan refugees will Pritzker sent to your county, to your county district, to your township, to your municipality, to your municipal district, to your school district, to your precinct, to your church, and to your neighborhood? Where is the money going to come from to house them, feed them, clothe them, provide them with medical care, teach them English, educate them, provide them with vehicles, etc.?)https://www.huffpost.com/entry/states-offering-resettle-afghan-refugees_n_612457c4e4b0fc6bf9d02143(FROM THE ARTICLE: Illinois: Gov. J.B. Pritzker said that if “there are refugees that come to the United States as a result of our ability to get them out [of Afghanistan], I hope Illinois will be one place that they will be able to welcome them to.” The Democrat, adding that his own family were refugees, said the focus should currently be to get Americans and their allies out of Afghanistan.)

DESERT NEWS— Why many religious Latinos find the GOP is a better fit than the Democratic Party. As more Latinos in the United States leave Catholicism, they are changing their politics that better align with conservative thinking on abortion, marriage and religious liberty. How are Republicans and Democrats responding? – Mya Jaradathttps://www.deseret.com/2021/8/22/22616566/republican-attempts-to-woo-religious-latinos-democrats-respond-trump-biden-democrats-evangelical

The opinions that I express in GOPUSA ILLINOIS emails are based on experience that I have gained doing many things since 1948. I base my opinions on what I learned a) working for the federal government for almost 30 years -- Post Office 1966-1969, IRS 1971-1980, and GAO 1980-1997, serving on the Executive Committee of the Association of Government Accountants Chicago Chapter 1983-1996, and being a union member while I worked for the Post Office and IRS; b) earning an MBA from Loyola in 1976, a masters degree in accounting from DePaul in 1980, and a masters degree in financial markets and trading from IIT in 1997; c) passing the CPA examination on my first attempt in 1979 and passing the Certified Internal Auditor examination on my first attempt in 1981; c) serving as a Republican Precinct Committeeman since 1999, the GOPUSA Illinois Editor since 2000, the TAPROOT Republicans of Illinois Chairman 2005-2012, a member of the 2008 Illinois Republican Party (IRP) Platform and Resolutions Committee, a Wheaton Chamber of Commerce Government Affairs Committee member 2003-2011, the Milton Township Republican Central Committee webmaster 2008-2010 and 2000-2004, an Illinois Center Right Coalition Steering Committee member 2003-2007, and an American Association of Political Consultants Midwest Chapter board member 2001-2004; d) attending the 2000, 2004, 2008, 2012, and 2016 IRP State Conventions as a delegate; e) being the subject of a nasty 4-page article in the February 1978 issue of Money Magazine; f) pursing litigation including Diersen v. GAO and Diersen v. Chicago Car Exchange; g) being married since 1978; h) living in Crete 1948-1972, in University Park 1972-1976, in Chicago 1976-1978, and in DuPage County, Milton Township, and Wheaton since 1978; and i) being baptized, raised, and confirmed as a Missouri Synod Lutheran.View all posts by David Diersen