During an attack in April on Gurza village in Dan Musa local government area of Katsina State, bandits burnt down Malam Sale’s house and stole his six cows.

The 60-year-old could only find his wife that night, during the commotion, but found his two daughters with whom he fled on foot to Tsamiyar Jino in Dan Musa Local Government Area of the state, nearly three kilometres from his village.

He decided to seek refuge in the neighbouring community and stay with his relatives who live there. But he was shocked to be told on arrival that the bandits had first raided Tsamiyar Jino that night before moving to Gurza.

“When we reached Tsamiyar Jino, we found out that the village had also been attacked by the bandits and they left more casualties than in our own community. So, we decided to come to Katsina,” he said.

With his two daughters, he walked from Gurza to Danmusa, a distance of more than 10 kilometres, where they spent a night in a market stall before continuing the trip to Katsina, the state’s capital city.

“I now live as an IDP with one of my cousins here in Katsina and because he too is poor, I go out to beg for what to help him feed us with,” Mr Sale told PREMIUM TIMES.

He later received the sad news that his wife was among those killed in the attack on his village. Although he heard that some people have moved back to Gurza from Danmusa and neighbouring towns, Mr Sale has no plan to join them.

“Never again. I have left Gurza forever,” he said.

The activities of bandits have forced hundreds of people to leave villages in search of safety in towns. As the attacks intensify in the villages, urban communities in Katsina are swelling with displaced people.

The communities mostly affected are in the local government areas close to Rugu forest where bandits have built their fortresses.

Many fled after bandits attacked their villages, burnt their houses and stole their livestock. But most of the villages were deserted because people got tired of living in fear of imminent attacks and decided to leave.

“Between the 26th and 27th of November, 2020, in Kankara LGA of Katsina State, there was a massive displacement of people in Gatakawa, Zurunkutu and Dan Nakwaguzo villages. An estimate of 3,472 individuals were reported to have arrived in Kankara town with many immediate needs,” the International Organization for Migration (IOM) said in a report.

11 suspected IPOB members killed while attacking another police base - Official

Other villages in Faskari, Sabuwa and Dandume have also been attacked several times, forcing members of those communities to seek abode elsewhere.

Overall, the United Nations High Commission for Refugees (UNHCR) put the number of people displaced in Katsina State at 80,115 as of October 2020.

Sabuwar Unguwa, Tudun Matawalle and Titin Kwado in Katsina metropolis have over the months recorded influx of internally displaced persons (IDPs), most of whom have decided never to go back to their communities because of the horror they had witnessed.

The migration continues despite warnings by sociologists and security experts of the danger the displaced persons face or constitute in their host communities.

Some of the IDPs who have found refuge in the metropolis told PREMIUM TIMES that living away from home was heartbreaking. But many also said “it is better to wander on the streets in a safe place than living in an unsecured place.”

We have found a home

In a long, stretched line of houses separating Sabuwar Unguwa from Kwabren Doruwa in Katsina metropolis lies a house that is now the abode of Amina Malik, 25, and her siblings. Ten of them, with their mother, have been living in the area for a year now after fleeing their hometown of Batsari.

“When we decided to leave Batsari, we had no idea where we were heading to,” Amina began. “But when we reached Katsina, my siblings decided we will live here forever.”

Amina and her siblings, including Haruna and Saadatu, are lucky because their late father was a local politician and businessman so they could afford to buy a modest house in Kwabren Doruwa. But hundreds of others are not that lucky.

“The sound of gunshots and cries of women and children still ring in my ears,” Saadatu, Amina’s eldest sister, said. “When it started, we were all afraid and cried every time they (bandits) attacked. But we eventually got used to the sound of guns and the sight of helpless people and that was when our mother decided we must leave Batsari.”

Amina said it would be suicidal to go back to Batsari. Saadatu agreed with her. “Never again. I have left Batsari for good because we have found home here,” Saadatu said.

Haruna, however, was not that sure. He said although the attacks have psychologically affected people, he could go back when the attacks stop.

75-year-old Amiru Rabiu was also forced to leave his native Tsatskiya in Safana Local Government Area, of which he retains fond childhood memories.Mr Rabiu said if he were offered the choice of where to live a second life, he would not have given it a second thought before picking Tsatskiya. But that was before the guns of the bandits shattered the peace of the community, he said.

“I was born and brought up in that village,” he said, suppressing sobs. “They first attacked us a few years ago and forced us to leave the village. We lived as IDPs for some months in Dutsin Ma but we went back, thinking that it was over. We were thinking of our farms, our houses, our ancestors’ graveyards and the memories,” he said.

Unknown to them, what was coming was more devastating. The next attack was the last stroke that broke the camel’s back for Mr Rabiu. 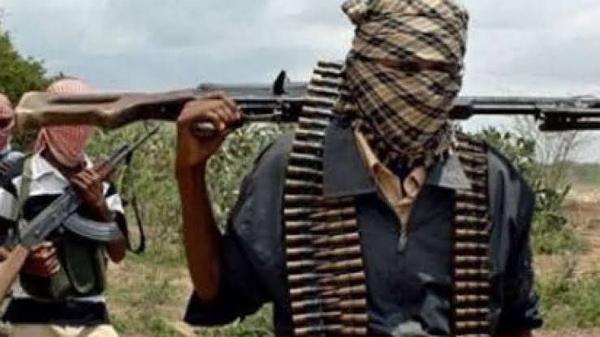 “Around 9 in the morning, the bandits arrived on more than 50 motorcycles, each carrying two men. That day, we buried 10 people and several other persons were injured.”

Mr Rabiu said he did not flee the village alone. He now lives with some of his family members in Abattoir quarters while some others live in Dutsin Ma and Safana.

Asked whether he would return to Tsatskiya, Mr Rabiu looked up with a wry smile. “Never again. I am not happy here because I pay rent though I am too old to work and we suffer to get food to eat. But it is better.”

PDP alleges it defeated APC with 33000 votes in Katsina

Many of those who spoke to PREMIUM TIMES said they had not found it easy adapting to their new lives. Shelter, clothing and food are the major challenges most of them face. But they said they feel better than those still in the troubled villages.

“We are alive and still kicking,” Shamsudeen, who left Ruma village in Batsari local government for Katsina, said. “You cannot compare us with those who stayed there and got killed by the bandits or those who are still living there in total apprehension. We are far better.”

Halimatu Abubakar, Mr Rabiu’s wife, said she would stop him if he ever contemplates going back to Tsatskiya or would not follow him if he insists.

“For me, Tsatskiya is past. I will never go back to Tsatskiya because we have been living here for four months. It has not been all okay but living here is better.”

Commenting on the rate of migration, a security expert, who specialises in History and Strategic Studies, Baba Bala, said the trend could be dangerous in the near future.

“Let’s look at this from two angles; social-security and economy. They left their villages due to insecurity, are they safe in the city? Most of them are out there without shelter, so we could be facing a serious challenge of insecurity.

“Is Katsina city, for instance, economically vibrant to accommodate them? The answer is no. So, those migrating could be a burden to the already fragile economy which would, in turn, bring more hardship for the natives and those migrating.”

He said overall, a lack of social support from their host communities could frustrate the displaced persons.

“When they are not socially and economically supported, they may become frustrated in the long run and their children and the younger ones among them can resort to violence since they cannot go back to their sacked villages and the city is not conducive for them.”

Editor’s Note: Support for this report was provided by Premium Times Centre for Investigative Journalism with funding support from Free Press Unlimited.

Good journalism costs a lot of money. Yet only good journalism can ensure the possibility of a good society, an accountable democracy, and a transparent government.

For continued free access to the best investigative journalism in the country we ask you to consider making a modest support to this noble endeavour.

By contributing to PREMIUM TIMES, you are helping to sustain a journalism of relevance and ensuring it remains free and available to all.