U.K.-based publisher and developer Jagex released a beta version of classic RPG RuneScape on mobile. The publisher runs two main versions of the game and announced last year it was working on a mobile version of both.

One version, Old School RuneScape, got it’s beta today. The other, newer version, RuneScape 3, just finished a round of testing for its app.

came out in 2013. It’s the third iteration of RuneScape, with updated graphics and gameplay compared to past versions. However, this iteration received a lot of criticism from players.

in 2013 as well. Unlike RuneScape 3, Old School is entirely community based. Paying players vote on the game’s updates. 75 percent of players must approve an update before it gets a release.

Old School RuneScape has, on average, about double the playerbase of RuneScape 3. Jagex displays the total number of RuneScape players across both versions of the game on the game’s website. Old School displays it’s own player count as well. 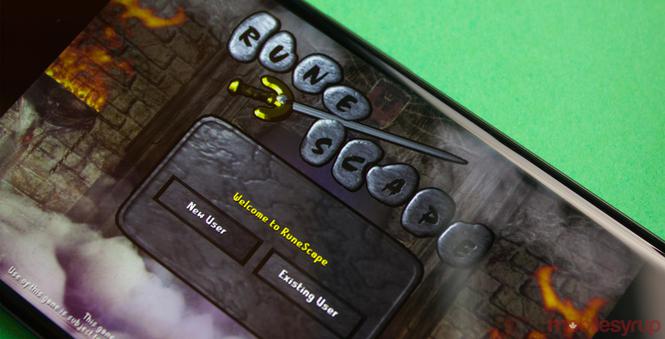 The beta release follows the completion of closed testing for Old School. Players can download the app from the Play Store now and login to start playing the beta.

However, RuneScape currently has a limit on the number of installations available. The limit is to ensure stability of the game throughout testing. As the development team’s confidence in the game’s stability grows, it will raise the limit, allowing for more downloads.

There are no sign-ups to access the beta. Instead, it will operate on a first-come first-serve basis. Additionally, players who participated in the closed testing will get access as well.

Furthermore, the game is compatible with all devices running Android 5.0 Lollipop or later, excluding the Google Pixel C and Huawei P8 Lite. Those devices have some performance issues with the game.

While the app is free to download, unfortunately only paid members can login on the mobile application. Members who haven’t paid for a RuneScape membership are blocked from signing in on mobile.

Additionally, Jagex just finished a round of testing for RuneScape 3 on mobile. The development team posted a comprehensive list of feedback and improvements they’ve made accordingly. The post is available on the RuneScape website here.

Old School RuneScape is available for download from the Google Play Store here.

Update 07/06/2018: The beta hit its installation cap in under two hours yesterday. Jagex announced today that it is expanding to enable a further 250,000 subscribers access. As testing continues, Jagex will continue to scale up the app to allow more subscribers access to the beta.