Dancing Gnome owner Andrew Witchey is literally waiting to see the light at the end of the tunnel on the brewery’s expansion project.

Due to pandemic-related supply chain delays, he’s been unable to get a specific electrical board that controls the lighting at Dancing Gnome’s new, 10,000-square-foot taproom at 1025 Main St. in Sharpsburg.

While waiting for a bright spot in this ongoing Covid crisis, Witchey has reopened the original Dancing Gnome site, located just a block away at 925 Main St., for the first time since March 2020.

Patrons can enjoy a pint inside or in the beer garden out back from 4 to 10 p.m. Wednesday, Thursday and Friday, noon to 8 p.m. on Saturday and noon to 6 p.m. on Sunday. There are seven brews on tap and to-go cans available.

The old haunt will close to the public and serve as Dancing Gnome’s corporate offices once the new location is ready for the spotlight. Witchey thinks customers will dig the upgrade. (Dancing Gnome also used the downtime to refresh its logo and branding.)

The modern space has high ceilings, a bigger production capacity (up to 8,500 barrels a year), a patio, a long bar with 10 seats, a service bar and a station for to-go orders. Food will continue to be provided by a rotating lineup of food trucks. Other familiar sights include white subway tile behind the bar, along with floating shelves and copper accents throughout the taproom. 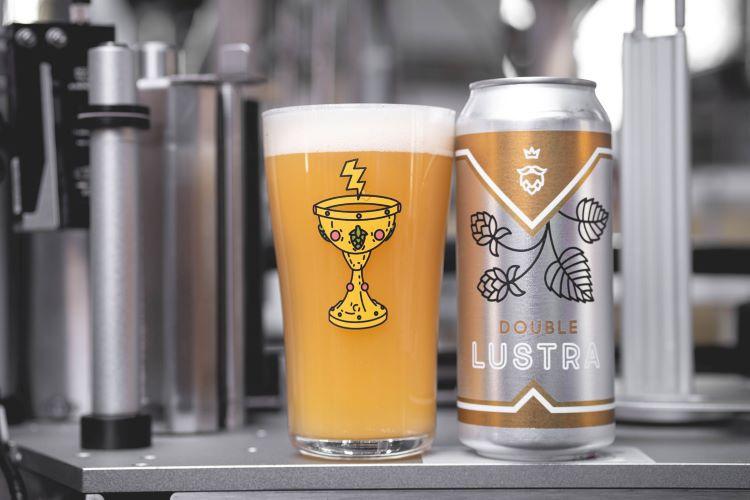 It’s a move Witchey’s been planning for a long time. He closed on the building — a warehouse that previously served as an automobile storage facility — in November 2019. Crews were set to start construction the second week of March 2020 ... and then the shutdown happened, delaying demolition by four months.

Witchey has taken the setbacks in stride.

The brewery never stopped cranking out beers, including IPAs, lagers and stouts.

Over the past year, Dancing Gnome’s collaborations haven’t skipped a beat. The company has partnered with Over the Bar Bicycle Café on a house brew called the Gravel Grinder IPA, and is halfway through a yearlong Watershed Series that benefits UpStream Pittsburgh.

In September, Dancing Gnome is teaming up with the band Ghost-Note on a Barrel & Flow Fest release and is working with the Pittsburgh Brewery and Taproom Diversity Council on a She Knows Beer brew. In October, the suds makers will celebrate five years in business with North Side-based Allegheny City Brewing, which debuted during the same week in 2016.

Witchey says that while the brewery will continue to release new beers and styles, it is going to focus on perfecting the pale ale.

“I’ve kind of been pushing to get back to that flagship beer era that’s fallen by the wayside,” he says. “I’m incredibly proud of Lustra and our core offerings and I love learning about the deep intricacies of traditional brewing.”