A new GamesBeat event is around the corner! Learn more about what comes next.

Dark Envoy is a nonlinear RPG that Event Horizon says take inspiration from Divinity, XCOM, FTL, Mass Effect, and Dragon Age (that’s a lot of inspirations). It focuses on exploration and tactical combat in procedurally generated dungeons. It builds on the real-time combat from Tower of Time, which at times felt more like a strategy game than an RPG. It will have a real-time “pre-combat” phase, and the studio promises the choices you make will matter to the story.

And you fly around in an airship, toting magic and firearms and practicing technomancy.

“We think it is an interesting premise, where two opposing forces collide in a fight for total supremacy. The technology part is not limited to guns, but [it] also involves a mixture of technology and magic, where the magic component is forcefully combined through technomancy,” Event Horizon founder Krzysztof Monkiewicz said over email. “Humans harvest magic/mana from the native people of the world [the Old Races]. Some players may find similarities to the various colonization periods in our own history, e.g., bloody conquests of South America during the XV and XIV centuries or the settling of North America. This mix also gives us a lot of freedom with classes, skills and equipment, as we are not limited to only typical fantasy or D&D-style classes.

“This was core to our first game as well, and based on the feedback from players it was well liked.”

Tower of Time was a story about exploring a postapocalyptic fantasy world. In Dark Envoy, you’re newcomers to a land with long-lived, powerful cultures — the Old Races.

“Tower of Time had a bit of a post-apocalyptic vibe, where the player was discovering the grim history of the world throughout the game. Dark Envoy is more approachable, as it puts the player in the shoes of two people who are quite average and unremarkable in the beginning. As the story confronts them with a world of mystery and conspiracy, a world we want to portray as the shadow of our own world, or the alternate Earth, their characters and attitude toward the events around them change,” Monkiewicz said. “The player can decide to take an easier path, at least in the beginning, of being ‘bad’ and following their desires by taking whatever they want, even from the poor and innocent. However, small evil steps would over time lead to greater evil and at the end it can turn out that, while they may have reached the final objective and won, it is not the ending they like.

“The world setting in Dark Envoy should be interesting, as it depicts a fight between Humans, newcomers to the land, and Old Races, where the human empire is the aggressor. We feel it’s a refreshing change from a typical Human vs Others conflict. As the story unfolds we find out that not everything is as black/white as it seemed and that something — or someone — might be manipulating us.”

The story puts siblings Kaela and Kiros in a world where the Human Empire is fighting what’s left of the Old Races for supremacy in the world. Technology takes on magic. Here, the siblings seek to fix their parents’ airship to travel the world, delving into ancient dungeons searching for relics and magic.

“You start as a party of two – a brother and a sister and create two starting characters/classes,” he said. “Then, as you explore the world, you can recruit more champions along the way, some of them with unique skill sets — rare and legendary classes. As we progress in the game, we will collect a larger team of characters that we could rotate at will in our Battle Party. The maximum team size for the Battle Party is four. Characters that remain on the ship, depending on their non-combat skill set, will perform ship upgrades, do research, or craft new items. It is not required to take the main characters into combat and some missions could require a specific main character/side character to participate.”

It has 15 character classes, and you can mix skill trees. The studio’s says its mo-cap team used a martial arts master to capture some of the combat animations. You can play it as a single-player game or add in another for co-op — and it has a nice twist as well. Its Players vs. World mode pits one player against another, who takes on the role of the final boss, trying to destroy the first player.

Dark Envoy mixes magic with tech, which can be a fun aesthetic to play with. Event Horizon has some reasons for this setting that go beyond the ol’ “rule of cool.” 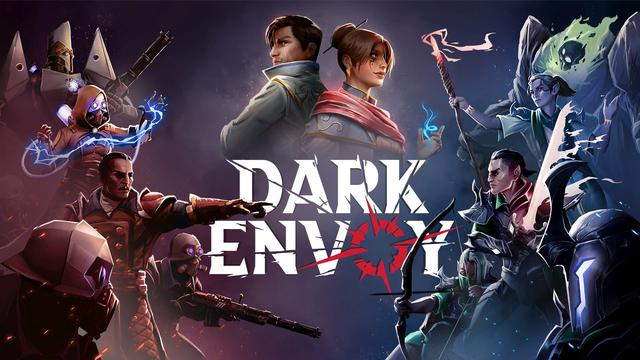 Three top investment pros open up about what it takes to get your video game funded.

“The intent here is to create a vast world with various and unique biomes, something that the player would love to explore themselves and not feel constrained by the story development. That requires a faster travel speed to make it feel more realistic. Between ground travel and air travel, we think air travel is much more exciting,” Monkiewicz said. Also, since you cannot go back to your starting town, due to story development, you need to carry your base of operations with you. Our Skyship serves as the training ground and hub for research, crafting, blacksmithing, and runecrafting.”

So, I wondered what makes steampunk so appealing for game design?

“Well, it is not really a typical Victorian steampunk as we’re mixing technology and magic. But why is this style so appealing to us? It gives us tremendous flexibility in designing practically every single element of the game – most importantly, perhaps, the locations where the game takes place,” he said.

GamesBeat's creed when covering the game industry is "where passion meets business." What does this mean? We want to tell you how the news matters to you -- not just as a decision-maker at a game studio, but also as a fan of games. Whether you read our articles, listen to our podcasts, or watch our videos, GamesBeat will help you learn about the industry and enjoy engaging with it.

How will you do that? Membership includes access to:

Newsletters, such as DeanBeat

The wonderful, educational, and fun speakers at our events

Chatting with community members, GamesBeat staff, and other guests in our Discord

And maybe even a fun prize or two