Significantly, farmers in Punjab, who are at the forefront of a prolonged agitation against the three reform-oriented farm laws being put in abeyance, are the biggest beneficiaries of the MSP transfers.

The Centre has purchased 43.3 million tonne (mt) wheat from farmers in the rabi procurement season that has just ended, an all-time high quantity, and up 11% over the previous winter crop season.

Farmers have received a record Rs 84,369 crore in their bank accounts for the wheat they sold to the government procurement agencies led by the Food Corporation of India (FCI) since April; for a change the entire MSP funds have been routed through the direct benefit transfer (DBT) mechanism this time around. Significantly, farmers in Punjab, who are at the forefront of a prolonged agitation against the three reform-oriented farm laws being put in abeyance, are the biggest beneficiaries of the MSP transfers.

On an average, a Punjab farmer fetched Rs 2.95 lakh for the wheat crop she sold to the government, compared with Rs 2.2 lakh by the farmer in Haryana and just Rs 93,000 by her counterpart in Uttar Pradesh.

Last year, just Rs 34,961 crore was transferred to wheat farmers under the MSP system, which was 47% of total MSP procurement of the cereal in the year.

A section of the farming community is still continuing the stir against the farm laws that sought to restructure marketing of crops in the country, and one of their chief demands is legal guarantee for MSP system, which they fear could unravel once the laws are implemented. 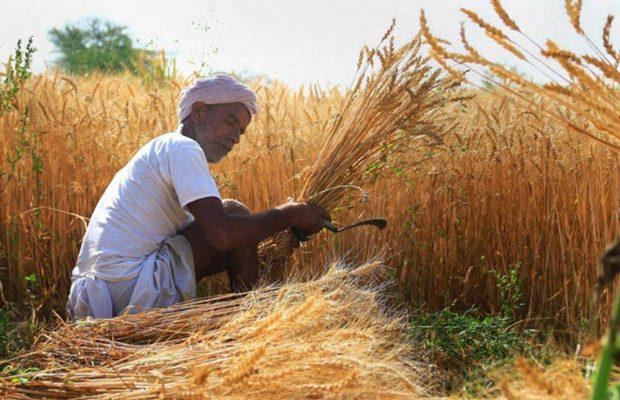 Until last year, Punjab and Haryana had chose to the remain out of the DBT system; they joined the scheme for the current rabi season. While Haryana implemented it smoothly, Punjab put up a resistance, before finally agreeing to adopt it.

Official agencies like FCI purchase about a third of the wheat from Punjab out of total quantity they procure in the season. This year, Punjab contributed 13.21 mt to the procurement pool, up 4% on year and the highest quantity among states.

Though the MSP value of last year’s procurement was Rs 24,474 crore (at Rs 1,925/quintal), the FCI had to pay market fee (3%), rural development cess (3%) and arhatiya commission (2.5%) extra, which was estimated to be around Rs 2,080 crore. The Centre has agreed for continuation of arhatiya commission, but shifted from payment of a percentage of MSP to a fixed amount from last year.

The country’s wheat output had hit an all-time high of 109.24 mt during 2020-21 crop year (July-June). Wheat procurement in the country begins from April 1 every year and ends in June 30, though over 95% of the total volume purchased in first two months.

Union food secretary Sudhanshu Pandey on Monday said that a record quantity of 86.2 mt of paddy (worth Rs 1,52,169 crore at MSP value) has been procured in 2020-21 season (October-September) as on July 4, which is 12% higher from the year-ago period. The Centre expects paddy procurement to reach 90 mt by the end of September.

Financial Express is now on Telegram. Click here to join our channel and stay updated with the latest Biz news and updates.