The Division 2 Title Update 11 is going live as version 1.27 on PS4, and the sizable patch brings a lot to the game including new seasonal content, a host of fresh Exotics and a loot-drench Summit PvE game mode. Read the full patch notes below courtesy of a Ubisoft forum post.

A new season is almost upon us! Starting on September 22nd, Concealed Agenda offers 12 weeks of in-game activities and unique rewards. Season 3 brings a new Seasonal Manhunt, new Leagues, a new Global event and new unique rewards, as well as an Apparel Event.

New Manhunt tasking you to take on 5 rogue agents over a 12-week period starting September 22nd. Bring down all five to unlock the new Shrapnel Trap skill variant.

Bardon Schaeffer, Leader of the BTSU Unit of the Black Tusk is this Season's prime target.

Participating in the activities above will earn players Season experience contributing to their Season level.

Playing in the Dark Zone will contribute XP by gaining DZ Levels beyond 30.

Title Update 11 introduces the new PvE game mode The Summit for free to all owners of the Warlords of New York expansion. The Summit brings agents to a skyscraper occupied by hostile factions, and as you progress towards the top the difficulty gradually will increase, and you will start seeing more ruthless enemies standing in your way. The Summit is designed to be highly replayable and also meant to offer a challenge to everybody, from our most dedicated agents to our newer agents. Floors will be different each time you fight your way through the building, as floors are randomly selected from a number of preset designs and gets populated by random AI spawns.

Progression throughout the floors is saved at specific rally points, and players can leave and jump back in where they left off without losing their progress. The total time to reach floor 100, and thus unlock all the difficulties, can vary greatly depending on the players skills and equipment as well as their team configuration

100 floors to fight your way through

Based on PTS feedback, we have made the below improvements for the release of Title Update 11, but work to bring the mode closer to our vision for the mode has already begun for the interim Title Update 11.1 and beyond.

Added greater variety and diversity in objective types as you progress through The Summit.

Changed the Hostage revive timer to be longer, giving more leeway to reach them before the objective fails.

Increased the radius of the hack zone for EMP objectives.

Increased the amount of loot caches scattered around the building, which contents scale with difficulty.

Reduced number of directives on Legendary Floors 91-100. Now has 3 random directives (previously had 4).

We saw the PTS feedback about this and those who prefer the tougher difficulties will not need to grind through the first 50 floors if they don't want to.

In addition to the new objectives added in PTS Phase 2, there are a couple more coming for TU11

Adjusted frequency of certain objective types based on PTS data/feedback

Crew Ambush will no longer occur on Legendary floors

All gear is supported by Appearance Mods.

Weapons and Exotics are excluded.

Note: When logging in to TU11, you will need to log in to each of your characters to unlock the looks of all owned gear.

This only needs to be done once and you do not need to save the gear to keep their looks available moving forward.

Discovery mode of the Operation Iron Horse raid will be available to all players with Title Update 11.

The Backfire SMG is one of the new Exotics in the Concealed Agenda season.

On reload, apply a 10s bleed to yourself, which deals 0.5 percent armor damage per stack.

Enemies you kill drop a trophy on death. Collecting trophies provides both a short- and long-term buff, the first of which scales with the number of core attributes equipped and lasts 10s.

Shooting enemies within 10m applies bleed to the target.

Repair 1-25 percent of your armor per second for every enemy that is bleeding within 10m.

Endless Hunger: Increases the duration of Apex Predator stacks from 10s to 30s.

Overwhelming Force: Increases the radius of disorient on Apex Predator kills from 5m to 10m.

The Shrapnel Trap scatters a minefield of small explosive devices that can attach to any surface (including enemies) and then detonate based on enemy proximity.

Note: This skill will become unlockable in-game when the Prime Target of Season 3 becomes available but is available on the PTS for feedback and testing purposes.

This new weapon adds a +1 buff o your Skill Tier.

Perfectly Efficient: Using an armor kit has a 75 percent chance to not consume the armor kit. Specialization armor kit bonuses are increased by 100 percent.

Perfect Bloodsucker: Killing an enemy adds and refreshes a stack of +12 percent bonus armor for 10s. Max stack is 10

A compact, 6-round, cylinder-fed shotgun, optimal for close-quarters urban combat. 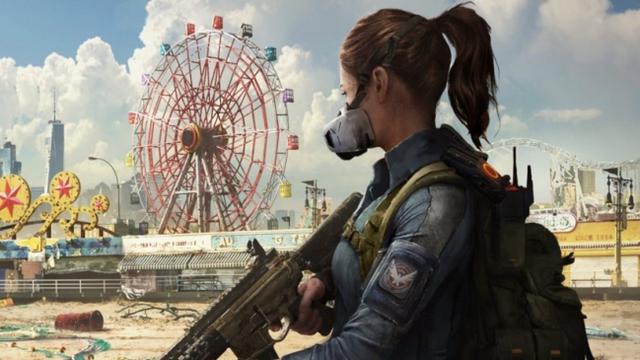 Prototype semi-automatic pistol, chambered in .45 ACP, utilizing the same technology as the Vector, but in a much smaller package.

Similar to Weapon Handling, Skill Efficiency is a new attribute that modifies multiple skill-focused attribute bonuses at the same time.

+1 percent Skill Efficiency is equal to:

Fragile Armor – (Replaces "Hard to Earn"): Armor breaks apply a stack of "Broken" to the agent up to a maximum of 4. Each stack of broken reduces an agent's max armor by 20 percent. Using an armor kit removes one stack of Broken.

Scavenged Skills – (Replaces "Cool Skills"): Skill cooldowns do not progress on their own. Agents must collect Skill Parts as drops from enemies and broken weak points. Each part collected reduces cooldowns.

Developer Comment: After reviewing the Global Events as a whole, we decided that the Global Events introduced in Season 1 did not provide the power boost to agents that we desire. As such, the following global events have been re-worked to provide a significant boost to player power.

Guardians – The buff provided from killing a Guardian angel now grants the ability to penetrate guardian protection. In addition, the buff renews its duration with each kill, permitting agents to chain kills throughout an entire fireteam without necessarily defeating all guardians first. Additionally, defeating all guardians in a fireteam now prevents the surviving members from regaining protection for an amount of time based on their veterancy. (Standard enemies will not be able to receive protection for a long time, named enemies can regain protection quite quickly.) Finally, melee attacks against protected enemies will briefly rob those enemies of their protection.

Polarity Switch – The shock for shooting opposite-polarity enemies has been removed. Values for the strength of the stacking buff have been updated to provide a significant power boost to agents.

Reanimated – The green cloud produced by killing enemies with a headshot no longer harms agents. This cloud now heals agents and provides a significant boost to their firepower while standing within it. The green cloud continues to significantly harm enemies.

Mod slots on backpacks, chests, and masks are now generic, and no longer associated with a specific offensive, defensive, or utility mod type.

Mod slots on gear are no longer able to be recalibrated.

Note: Any existing gear that has had its mod slot recalibrated prior to TU11 will have that recalibration automatically refunded, allowing a new attribute or talent to be recalibrated instead.

Developer comment: Any type of mod (red/blue/yellow) can now be placed in any mod slot, regardless of previous brand/set or exotic gear color association. Ex: You can now place a defensive or utility gear mod into an Airaldi backpack, without needing to recalibrate the mod slot from red to blue/yellow.

Introduced weighing to gear attributes to reduce the amount of rainbow loot.

Added all new Season 3 weapons and gear to the general loot pool.

Mantis and Vile can now be acquired from general Exotic sources (e.g. targeted loot, Exotic Caches) without any conditions

Deathgrips: Increased the armor on kill from +5 percent to +10 percent

Obliterate: Increased the number of maximum stacks of total weapon damage from 15 to 25

Reduced the global PvP damage modifier from 0.35 to 0.3

Developer comment: The above changes should result in a small increase to TTK at medium/close range, while keeping rifles and MMRs deadly at long ranges.

Headhunter buff duration lowered from 30s to 5s in PvP

Title Update 11 brings significant memory optimizations for audio, which should resolve the audio loss issues reported by players since TU10.

Fixed covers in numerous sections of the Summit.

Fixed placement of laptop terminal interaction in various sections of the Summit.

Fixed an issue where the 100th floor enemies could end up underneath the room.

Fixed an issue which allowed players to finish the 100th floor in The Summit without actually killing the enemies.

Fixed an issue causing only one type of enemy to spawn in The Summit on Legendary difficulty.

Fixed an issue causing enemies to shoot through walls on the 100th floor in The Summit.

Fixed an issue that caused you to be matched with a The Summit group when matchmaking for main missions.

Fixed an issue causing the SHD crate disappear briefly after completing the "Hold SHD Crate" objective in The Summit.

Fixed an issue which caused all trap variants to become stuck in the ceiling.

Fixed a ladder that couldn't be interacted with near The Gate

Fixed an issue causing new characters created during the Double XP manhunt event only to gain the boost for the first 14 levels, instead of 15

Fixed the Mantis attributes being extractable at the recalibration station

Fixed an issue in the Operation Iron Horse raid where the sewers objective could be started without all agents gathering up, causing an objective reset

Fixed Keener's remaining immune to bullets after his drone self-destructs

Fixed the Liberty exotic to not trigger from ricochets

As with any seasonal update for The Division 2, Title Update 11 offers a wide array of improvements that should be enough to bring a handful of lapsed players back. Starting with the Summit mode in particular, it sounds like it could be an exciting time with friends and also a strong source of loot. While Agents remain split over The Division 2's Dark Zone PvP antics, this new activity sounds like something just about everyone will engage with. Especially given the allure of possible new Exotic drops that feature interesting buffs, there's plenty of incentive to take on the horde. For our money, we're most interested to see what that Backfire SMG is all about.

Elsewhere in Title Update 11, there are also broader changes that seem designed to improve the game's quality of life beyond Title Update 11. Increased flexibility with mod slots allows players to better spec their Agent with a wider selection of buffs, gear-based perks can now be transmogged and time to kill has been adjusted in PvP in a way that presumably helps newcomers. Especially now that we know The Division 2 is primed for a next-gen debut on PS5 and Xbox Series, community-focused changes like these make sense. In short, update 1.27 goes a long way toward making the Division 2 daily gear grind more exciting while also solidifying this game's vision for months to come.

The Division 2 is available now on Xbox One, PS4 and PC.

What do you think of The Division 2 Title Update 11? Does patch 1.27 do enough to keep you invested in the game? Tell us in the comments section!