A NEW wireless control system - the first of its kind in Australia - is taking the guesswork out of trail feeding for Western Australian sheep farmers.

Hailing from Brookton, Mr Watkins, 26, built the system after multiple farmers asked him if there could be a way to control sheep feeding through a smartphone.

"There has always been this back and forth argument as to how long you hold the rope for - that's how technical it was," Mr Watkins said.

"A decade ago, all anyone knew was 'How long do you hold your rope for?'

"They'd even hold a bucket underneath the trail feeder, pull the rope and weigh how much came out - that was their calibration.

"There has forever been such a big misconception around how much weight they are actually feeding out.

"This was my take on what I could do that was unique compared to the rest of the market."

he trail feeder was trialled at two farms in Brookton and guarantees 100 per cent accuracy. Photo by Daniel Watkins.

Eagle Eye Engineering started building trail feeders in 2018, including basic load cell systems, which were the most innovative technology at that time.

Mr Watkins said it was a "big thing" for farmers to be able to accurately measure how much feed they were giving sheep, particularly with the costs associated.

"When you scale that over the feeding season in dry years, that can easily be six months long," he said.

"That's a lot of grain and pellets being fed out and with prices you have to associate a value with what you are guesstimating is going out."

Mr Watkins, a welder and fabricator by trade, founded Eagle Eye Engineering in 2017.

While he is not from a farming background, growing up in the Wheatbelt and working with agricultural machinery inspired him to focus on developing feeding systems for farmers.

He started by modifying trail feeders before building his own.

"Basically farmers would come to us and say it would be really cool if we could do this or we would be able to do this a lot better if we could operate this with our phone," Mr Watkins said.

"That's why we pushed in that direction."

The feeder is a 70:30 split, allowing farmers to store and separate feed varieties and also mix them in a mixing chamber.

To operate the new feeding system, farmers load a feed target weight into an application on their phone or tablet device.

When they want to start batching out the targeted amount of kilograms they press the start key, feed starts running out and the machine automatically shuts off when the target has been reached.

"It will actually shut off prematurely to its target because it has inbuilt timers, so that it hits the target every single time with provision because it has time to allow for delays and all of that stuff in between," Mr Watkins said.

"Simply, when they start that batch it will automatically end the batch and give a precise amount of kilograms every time."

The system's technology has been built in two-tonne and four-tonne capacities.

It features a filtering system, which has been designed to stabilise the reading, particularly when driving over rough ground.

There is also a manually operated indicator and local Wi-Fi network that has been built onto the feeder, so if a device were to go flat it could continue operating.

No phone reception is needed to the machine and it has a 200m signal radius in a manual labour ride.

"It comes with a battery on the trailer and a solar panel, so other than plugging in your LED tail lights, all your power source is self-contained on this unit," Mr Watkins said.

"Users can wirelessly talk to the monitor through their smartphone."

He added that the feeder was a 70:30 split, allowing farmers to store and separate feed varieties and also mix them in a mixing chamber.

"What that allows farmers to do is use the trail feeder as a mixing chamber before it gets to the auger, so then farmers don't have to premix into their silos.

"A lot of farmers would traditionally have to premix grains into silo, so they get the blend of what they are chasing into the sheep feeder.

"They don't have to do that now.

The wireless control systems will take the guess work out of trail feeding sheep.

The system can also operate with triple feeding compartments and mix them all at once.

It can store 52 bags of feed at one time, which equates to 2.8 tonnes of pellets. 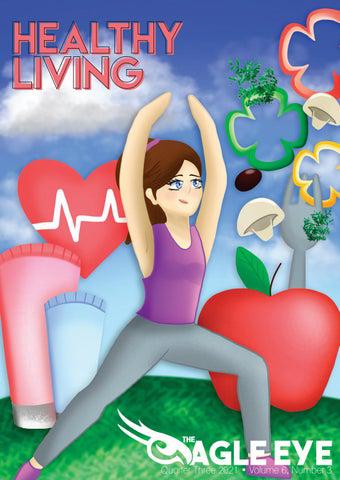 Mr Watkins said the most exciting part about the smartphone controlled trail feeder was that it allowed farmers to log data to be reviewed at a later date.

He said that it would store information on every batch that is distributed from the sheep feeder and was something that had never been done before.

The feeder can store 52 bags of feed at one time, which equates to 2.8 tonnes of pellets.

"That information can be reviewed at a later date, so that will record the date, the time and how many kilograms have gone out.

"For example, in six months time you could run a report and it will tell you how much weight has run out of that sheep feeder in a six month period.

"Then you can go 'OK I have fed my sheep this much, so I have to make sure I have x amount for next year'.

"You can actually precisely control exactly what is going on.

"From a farm management perspective that's why it is such an advancement."

The information is stored inside the trail feeder and is downloadable in an Excel spreadsheet format.

Farmers can use the spreadsheet to manage the day-to-day running of the farm and check they have dropped the right amount of kilograms each day.

"A lot of the time workers or the wife of a farmer does the trail feeding," Mr Watkins said.

"This really helps the guys that are managing the farm oversee that and make sure that the feed schedule and everything is running correctly.

"Also the fact farmers are able to enter a target and the sheep feeder does the rest - that's obviously groundbreaking."

Before it was launched the feeder system was trialled on two Wheatbelt properties over 12 months.

While there were a few teething problems in the early stages of the trial work they were ironed out and Mr Watkins is confident the machine is ready for market.

He said farmers involved in the trial "didn't want to give the unit back" and one of them purchased the first unit.

"The general feedback I had received from farmers was that if you are overfeeding or underfeeding it is costing you either way," Mr Watkins said.

"So you really want to know how much you are feeding per head and this is the most accurate way you can do that.

"Also being able to use it through your phone is also the most convenient way you can do that.

"Then when you add the other aspect of being able to log your data it gives you that trifecta of awesomeness."

Mr Watkins said the system would help with the younger generation transitioning onto the farm.

He said many farmers were also transitioning into confinement feeding and the system could also be used in those situations.

"The idea is to keep the stock off the paddock, to keep the pressure off, so the green feed can get up and away," he said.

"You put sheep in the confined pen and use our trail feeder with the auger system.

"You can trail feed over the fence, so you aren't having to go into those pens.

"So you are feeding over the fence, which is really efficient and you can do that through the wireless switch again.

"You switch the remote, the auger will start running the grain into the pen, you drive a long and switch it off when you are finished."

Mr Watkins said an added benefit of the system was it included all features packed into one feeder that was for confinement feeding, filling standard lick feeders and trail feeding.

"Accuracy is the biggest benefit of the feeder because whether you are overfeeding or underfeeding you are losing money," he said.

"We love listening to farmers and trying to make what they do in their day-to-day life easier.

"I spend all of my time designing, innovating and trying to make farming practices better for them in creating new ways to do stuff.

"And we are trying to raise the bar with new ideas."

This year Eagle Eye Engineering are also entrants for the Dowerin and Newdegate field days best new release categories for the 120 foot, 10,000L boomspray, which is the first of its kind manufactured in WA.