Eimear Ryan: After camogie’s quiet revolution, what next for a players’ poll?

The Camogie Association underwent a quiet revolution this past week.

From a certain perspective, that revolution can look like a u-turn, or indeed the only viable PR move left after backing oneself into a corner. But credit where it’s due: the Camogie Association did, in the end, listen to and go with the majority’s wishes.

It was a shock, over the May Bank Holiday weekend, to hear the camogie fixture schedule that was initially released. With both the GAA and the LGFA having indicated that they would run a split season, the Camogie Association exercised its independence and announced a national league/club championship/All-Ireland championship model.

This structure would present dual players with impossible choices, and seemed to fly in the face of all the recent, positive messaging from the Camogie Association about wanting to build a GAA family. Branching out independently is all well and good, but it doesn’t a happy family make — as the responses from players and commentators showed.

I should put my hand up: I was among those who wanted camogie to break with the GAA model of club first, inter-county second in the summer of 2020.

There was a yawning gap in the sporting television schedule, and it could have been a good way of ‘forcing’ (in the nicest possible way!) camogie sceptics to watch and enjoy the game, sort of like how fellas grudgingly admit that women’s soccer is actually good every four years when the World Cup comes around. I was disappointed that they didn’t flip the GAA structure on its head and go first.

But as it turned out, the split season worked really well last year, with club and county players alike responding positively. No longer were county players torn between two teams: they were able to be fully present for their club championship, which in turn benefitted everyone.

It’s not so much about which goes first, club or county; it’s about allowing players clear delineation — and headspace — between the two.

Despite the drama over the last few weeks, there are some good things that have emerged from this whole kerfuffle.

For one, it showed the power of the GPA, and how that power can be leveraged for its female cohort; a power that was only emphasised by the announcement last Monday that government funding of Gaelic games will now be equal for both men and women. The GPA’s interventions in this discussion — conducting a straw poll of its female players, 82% of whom indicated they would prefer the split season, and advocating for player welfare — were vital factors in how the debate panned out.

But secondly, this debacle showed a willingness on the part of the Camogie Association to give the players a direct say in how things are run — elite inter-county players, but also ordinary club players. In all, 62% of clubs participated in the vote, with 53% of those clubs voting for the split season and 47% opting for the original fixtures model.

Democracy in action, and it’s great to see the Camogie Association honouring the results, and having the agility to switch gears based on player feedback.

It got me thinking — what other burning issues could be put to a players’ poll?

The intermediate All-Ireland and county B teams 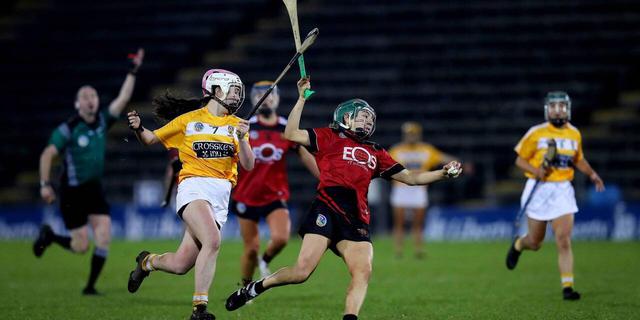 This might not gain me any fans in counties with strong B teams, such as Cork. And maybe I’m in no position to make this argument, having played intermediate with Tipp’s second team back in the day.

But the 2020 intermediate camogie championship was dynamic and refreshing in part because B teams from stronger counties were not involved. The final between Down and Antrim was an entertaining goalfest, and it was brilliant to see less prominent camogie counties contesting the title.

We don’t allow the B teams of top hurling powers to contest the Joe McDonagh, so why should camogie be any different?

Perhaps it’s time to revive the concept of a senior B competition for top-tier counties with second teams.

To be fair, today’s skorts are much more practical than the wraparound skirts, fastened with safety pins, that I wore when I first started playing camogie. But let’s be real: a skort is just a pair of shorts with a cape attached.

It’s telling that most players prefer to wear togs whenever possible, e.g. at training or during practice matches. Let’s take a leaf from the LGFA’s book and put togs on the ballot.

Maybe there was a time when there was an argument against fully-fledged shoulder tackles in camogie. I was a young teenager when I started playing at adult level, and so were many of my teammates and opponents.

In the 90s and noughts, as camogie began to establish itself in the modern age, many emerging junior and intermediate club teams were packed with teens. Some of these young players were even elevated to their county senior teams, with Claire Grogan being only 14 when she won her first senior All-Ireland with Tipperary.

I can understand there being some hesitation about physically pitting a girl against a grown woman. But with player retention rates into adulthood improving, club teams are developing a better balance of youth and experience.

Moreover, in recent years the Camogie Association has implemented rules to ensure a more even physical playing field: players have to be at least 16 to play senior camogie, even at club level.

This season, there is a tentative new rule that allows players to “use minimal contact on an opponent’s body from side-on once they are making a reasonable effort to gain possession of the sliotar”.

You can’t quite call it a jostle; it’s more jostle-adjacent. But with players stronger and fitter than ever before, it’s natural for them to want to fairly compete for the ball shoulder-to-shoulder, the same as the hurlers they’ve watched all their lives.

If this went to the polls, the shoulder tackle would win in a landslide.