Making the case he has outperformed his contract, Miami Dolphins Pro Bowl cornerback Xavien Howard said in a statement Tuesday night that he has requested a trade.

"I don't feel valued, or respected, by the Dolphins," Howard said. "Just like they can take a business-first approach, so can I."

Howard reported to training camp Tuesday but was frustrated all summer that Miami would not adjust his contract. 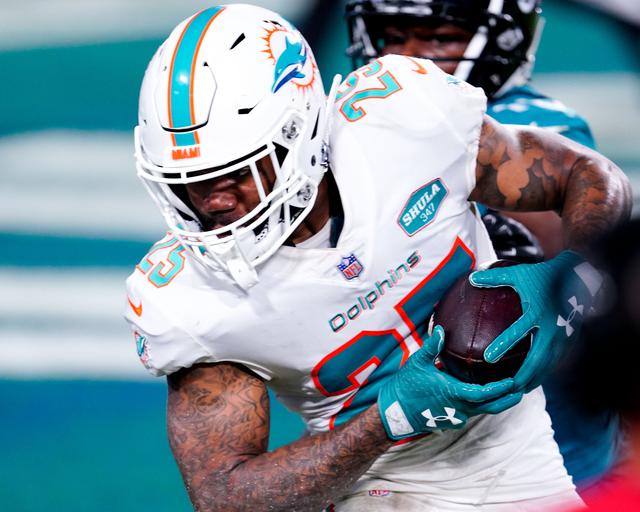 Who really won these recent NFL trades? Barnwell reevaluates 18, from OBJ to Mack

In 2019, Howard signed a five-year, $75 million deal that, at the time, made him the highest-paid cornerback in the NFL. But he is due $12 million in nonguaranteed money this year while coming off a 10-interception season (the most in the NFL since 2007) that earned him an All-Pro nod.

Howard's contract now ranks sixth in per-year average, and he switched agents recently to navigate his push for a stronger deal.

"I'm one of the best cornerbacks in the NFL, and the tape backs up that claim," Howard said. "Yet, I'm the second highest paid cornerback on my own team, and it's not even close."

Howard said he and his new agent, David Canter, never requested a new deal but instead offered solutions such as more guaranteed money on a reworked contract. The organization refused those pitches, and "I don't feel the organization has dealt with me in good faith," the cornerback said.

"That's why I want to make it clear I'm not happy, and have requested a trade," Howard said. "Until that trade happens I am just here so I don't get fined, and will handle myself like professionals do."

Dolphins coach Brian Flores said Wednesday it's still possible to keep Howard in Miami and happy with his situation.

"There's a way," Flores said Wednesday on the Dolphins' flagship radio station, WQAM-AM. "I think we just continue to have discussions with him, his representation, and keep the lines of communication open, continue having dialogue, and hopefully work something out."

Howard has what teams covet: the ability to play press-man coverage and get the ball. He has 22 interceptions and 55 pass deflections since entering the league out of Baylor in 2016. Only the Baltimore Ravens' Marcus Peters (23) has more picks during that span.

The Associated Press contributed to this report.