Twitch has been seeing a growing number of scammers impersonating popular CS:GO players promoting “free” in-game items, and fans are starting to wonder why the trend hasn’t been stopped.

For a long time, these scammers have infiltrated categories like OSRS, DOTA and the like while seemingly using viewbots to climb the ranks and make their channel seem like they’re popular. But for the CSGO category, there have been channels that go so far as to impersonate high-profile figures.

The likes of French phenom Mathieu ‘ZywOo’ Herbaut, Oleksandr ‘s1mple’ Kostyliev, Jake ‘Stewie2k‘ Yip, and shroud have all been featured on the top of the CS:GO Twitch page – sometimes using past clips/streams to keep the content going.

The community is perplexed at Twitch’s response – or lack thereof – to the persistent issue since it could put the younger, more impressionable viewers at risk.

“It has been like that for at least 3 month,” Reddit user ‘SeaszonCSGO’ said. “[Four to five] accounts running every single day on both Dota and CS:GO. Sometimes they get banned and come back in less than 1 hour, it’s all automated and I do believe that lots of people are getting scammed by this otherwise they wouldn’t keep doing it.”

The problem has been happening on other sites like YouTube’s live streaming vertical, but people logging into CSGO were even more surprised to see one scammer promoted under the “Streams” tab inside of the game. 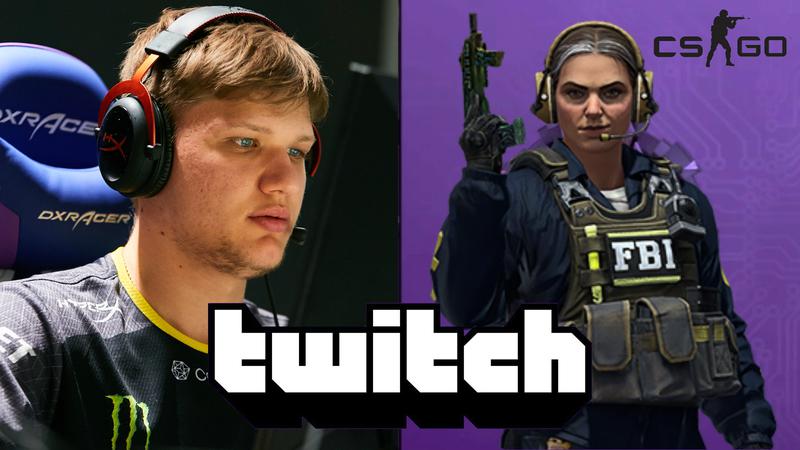 Though the section seems to just go off what is trending on other sites at the moment, it’s a sign that the scammers are starting to make leeway in extending their reach.

In May of 2019, Twitch responded to flurry of streaming accounts broadcasting the New Zealand mosque terrorist attack on the category for Artifact, Valve’s digital collectible card based on the DOTA 2 universe. The company expunged those accounts and temporarily suspended the ability for new creators to stream, later resulting in a mandatory Two-Factor Authentication.

It’s unclear what action Twitch will take with this growing trend of channels violating the site’s Terms of Service agreement since the scammers have been prevalent for months with new accounts popping up as soon as others are taken down.

The pro players like s1mple being impersonated have even spoke out against the platform for not taking steps to prevent their viewers from being targeted.

“I see my live fake profiles on twitch scamming people everyday, wtf?” s1mple said. “Isn’t it your responsibility to protect your own people?”

How to avoid scammers on Twitch

Audiences should be wary of these scamming channels and avoid clicking out of Twitch’s site for any offer or login prompt that may appear.

If your favorite streamer is verified on Twitch, make sure that the channel you’re seeing them on has a checkmark next to their name that says “Verified User” when hovering over it.

Reporting the channels will alert Twitch of their presence to hopefully take them down, but site-goers and streamers will be eager for the company to sort out a long-term solution.