gamerant.com Every Moment We're Not Ready to Relive in Skyrim: Anniversary Edition

There is a new generation of consoles, for those who can manage to get one, and a new port of Skyrim to go with them. This new port is also meant to celebrate the 10-year anniversary of Skyrim by upgrading its visuals yet again, and including 500 mods from the game's Creation Club. The mods were created by community members as well as Bethesda themselves, and the developers are finally letting Skyrim players fish in all of its rivers and lakes.

While Elder Scrolls fans may have preferred an update regarding The Elder Scrolls 6, the new port of Skyrim will undoubtedly be welcomed by fans of the game that are excited to sink another couple hundred hours into a fresh new character. There is a lot in Skyrim that fans are excited to do again, but there are also some tough decisions that we aren't ready to revisit. Whether it be because of how difficult an encounter is, how bad it makes us feel, or how tough of a decision it is to make, there are some parts of Skyrim that are hard no matter what number playthrough it is.

Players are sent to go see the Greybeards that live atop the tallest mountain in Skyrim, The Throat of the World, early on in Skyrim's main questline. Walking up the mountain takes quite a bit of time, but it is pretty easy for most players until they run into the Frost Troll that lives in a cave nearby. For players who want to get a dragon shout as quickly as possible, fighting the Frost Troll can be the first big challenge of the game, and plenty of Dragonborns have died before ever making it to the top of the mountain.

Skyrim's Ebony Blade is nearly a must for any player going for a two-handed weapon build. It is incredibly fast, so players can put out very high damage numbers with it pretty easily, especially after taking the time to upgrade it. However, upgrading it is done by killing one's own companions, so it is not an easy choice to make and is one of the darkest things players can do in all of Skyrim.

Helping the Daedric Princes in Skyrim

Daedric Princes in The Elder Scrolls aren't necessarily evil, but they are extremely selfish. They send players on quests across Skyrim to do their bidding and often reward them with new abilities or powerful relics for their trouble. However, the Daedric Princes also reward players with some of the most powerful gear in the game, such as Skyrim's Sanguine Rose. This can make it very hard to decide whether or not to help the Daedric Princes with their evil plots, especially if the player has also played previous Elder Scrolls games and knows just how vile the Daedric Princes can be. But, for many players, good loot is just too hard to resist.

Killing Innocents as a Vampire Lord in Skyrim's Dawnguard Expansion

Becoming a werewolf or vampire in Skyrim became much stronger with the release of the Dawnguard expansion. The two forms were so buffed that the downsides to either one of them became less of a deterrent compared to their alternate form's power. For vampire players, however, it does still require them to feed on the blood of innocents around Skyrim to satiate themselves. Many players don't necessarily want to feed on the blood of sleeping townsfolk, and even if that doesn't bother them, having to stop what they're doing to break into a house at night and feed every once in a while will likely get annoying eventually.

Deciding Between Paarthurnax and the Blades

Paarthurnax is a very old dragon in Skyrim that assists the player in mastering their dragon shouts, as well as keeping Alduin from returning to destroy the world. However, many years ago, Paarthurnax was a soldier of Alduin's and acted out terrible atrocities and cruelties on the people of Skyrim under his command. When Alduin was banished during the Dragon War, Paarthurnax went into hiding, where he spent years meditating to curb the innate avarice for power that all dragons experience.

Towards the end of Skyrim's main questline, however, the player is tasked with slaying Paarthurnax by the Blades, an elite faction of soldiers that work in secret to protect the realms of Tamriel. The decision can be very tough for players as Paarthurnax has been a valuable ally, but the Blades also have a point when they say that he is extremely dangerous and needs to be punished for his previous actions.

Settling on a Skyrim Character Build

One reason that players love Skyrim so much is the sheer amount of choices that they have when building a character in the game. Not only can they fully customize the character's race and appearance, but they also decide how the character will play and approach challenges throughout the game. This can be using magic, sneaking and using a bow, wielding a sword and shield, or any combination of those, on top of activities like making potions, smithing, or bartering effectively with merchants. There is a lot of freedom in how players approach Skyrim, so much so that deciding on what aspects to focus on when playing through the game can be a bit overwhelming.

What to do With Cicero

Cicero is one of the more contentious followers in Skyrim. Many players find his jester apparel and insanity-fueled voice lines a bit more grating than he's worth, but others find him a hilarious addition to their questing. However, when players play through the Dark Brotherhood questline in Skyrim, they are presented with the choice of whether or not to kill Cicero.

During the quest, Cicero eventually kills fellow members of the guild, which is a direct violation of its rules, because he thinks that they have betrayed the guild. In the end, he is right, but he still acted against the guild on mere suspicion and without being ordered to do so by the Night Mother, making the decision for whether or not to fully punish him for his betrayal a pretty tough one. 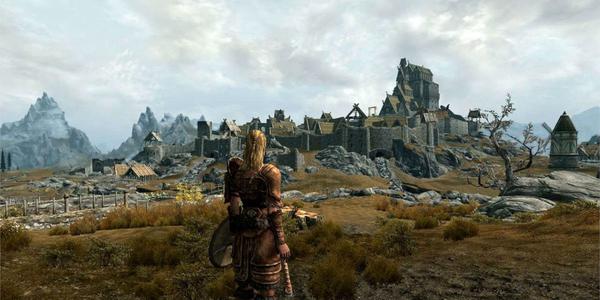 The Epic Games Store releases a surprise bonus free game through its launcher a day before the new free games were scheduled to be available.