The government is today (17 August) publishing its Hydrogen Strategy, detailing its plans to achieve 5GW of low carbon hydrogen production capacity by 2030.

Citing previous success in stimulating the offshore wind market through the Contracts for Difference (CfD) scheme alongside private sector backing, the Department for Business, Energy and Industrial Strategy (BEIS) is now consulting on a preferred hydrogen business model which would be built on a similar premise to the offshore wind CfDs.

This model is designed to overcome the cost gap between low carbon hydrogen and fossil fuels, helping the costs of low-carbon alternatives to fall quickly.

Cost reductions for green hydrogen in particular are required for the technology to be competitive, with Aurora Energy Research finding last month that electrolyser projects will need to achieve significant cost reductions in order to compete with blue hydrogen on economic terms.

The government is also consulting on the design of the £240 million Net Zero Hydrogen Fund, which aims to support the commercial deployment of new low carbon hydrogen production plans in the UK.

As it stands, several hydrogen projects are currently underway in the UK. In July, SSE Renewables announced it is aiming to co-locate hydrogen production facilities at two onshore wind farms in Scotland and Ireland in a partnership with Siemens Gamesa Renewable Energy, and ScottishPower identified the Cromarty Firth as “ideal” for its 35MW electrolyser site.

Other green hydrogen projects include the South Wales Industrial Cluster, which Lightsource BP is developing solar-powered green hydrogen as part of, and a project located on the island of Eday at the European Marine Energy Centre's tidal energy test site. 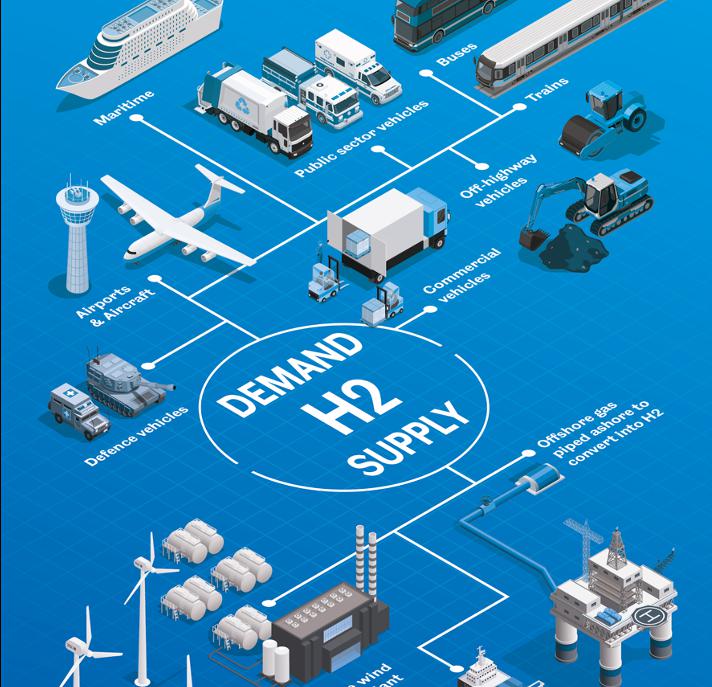 Other measures included in the Hydrogen Strategy include collaborating with industry to develop a UK standard for low carbon hydrogen, with this to give certainty to producers and users that the hydrogen the UK produces is consistent with net zero.

The government will also undertake a review to support the development of the necessary network and storage infrastructure to underpin a thriving hydrogen sector.

The strategy outlines a ‘twin track’ approach to supporting multiple hydrogen technologies, including green electrolytic and blue carbon capture-enabled hydrogen production. The government has also committed to providing further detail in 2022 on its production strategy, with it to launch a hydrogen sector development action plan early next year.

Jess Ralston, analyst at Energy and Climate Intelligence Unit (ECIU), warned that the government should "be alive to the risk of gas industry lobbying" that could result in it committing too heavily to blue hydrogen.

"Instead, focusing on green hydrogen could unlock the our full industrial potential, bringing with it lifelong jobs in places like the North East, supporting both the government’s climate goals and its levelling up ambitions."

Lastly, the government committed to working with industry to assess the safety, technical feasibility, and cost effectiveness of mixing 20% hydrogen into the existing gas supply, which it said could deliver a 7% emissions reduction on natural gas.

"With the potential to provide a third of the UK’s energy in the future, our strategy positions the UK as first in the global race to ramp up hydrogen technology and seize the thousands of jobs and private investment that come with it," said energy secretary Kwasi Kwarteng.