How to become a tile setter

Tile setters install tiles on interior and exterior surfaces. The work involves cutting tiles to size, adjusting them according to patterns and placing them precisely next to one another, using mortar to attach them to floors or walls.

Tim Mattice of Greece, who owns TPM Tile & Marble, said 99 percent of the jobs are in bathrooms and kitchens. The work could be for homeowners looking to renovate or new-construction projects.

After the tile setting, workers return to the property for grout work, spreading that with a “float” to press it into gaps. “And then, voila, you’ve got a new bathroom,” Mattice said.

Along with being meticulous and paying attention to detail, Mattice said it’s important that a tile setter is a “people person” who is able to communicate well with customers. “They’re stressed. Their home is torn up,” he said. “I tell them, I can see the job done, in my mind, so don’t worry.” Mattice has been doing this kind of work since 1985 and has owned his own business since 1995. Many residential jobs can be done within a week, he said.

Workers need to have their own cars to get to jobs and “have a passion to see something from nothing,” Mattice added. The work can be physically demanding – there’s a lot of reaching, bending, kneeling and sometimes carrying heavy materials – but Mattice said workers quickly get used to that, and “know what they’re doing, so they’re not overdoing it.”

No formal training is needed. Mattice said he prefers hiring people with no experience, so they have “no preconceptions, no bad habits.” The vast majority of training is on-the-job work, along with searching out websites to learn about new trends or whatnot.

“I quickly learned how to do the job,” Mattice said. “It doesn’t take long.”

What the job pays

Those with some background in the field – say, experience with masonry – can start at $17 or $18 per hour, Mattice said, and those with no background can start as “helpers” making $15 or so hourly. “You can make $40,000 in your first year, if you’re really into it,” Mattice said.

The New York State Department of Labor categorizes the profession under “helpers” and includes brickmasons, blockmasons, stonemasons and tile and marble setters together. The median salary for the Finger Lakes is listed at $37,030. 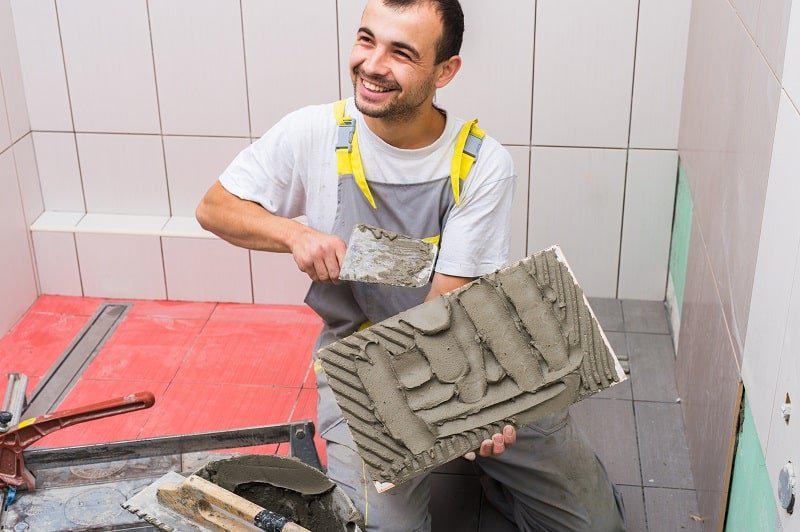 The federal Bureau of Labor Statistics calculates job growth for “flooring installers and tile and stone setters” at 3 percent over the next decade, or “as fast as average.”

Mattice said a lot more people have been renovating their homes since the Coronavirus pandemic began. “I’ve been busier than ever since March of last year,” he said. “They’re begging (for workers) right now.”

Mattice talked about creating something out of nothing and giving the customers what they want. “It’s an empty shell, an empty space. Someone saw something in a picture, and I have to re-create it. Four days later, it’s done.”

Where to learn more

Would-be tile setters can go to any “tile house” in the area and get leads about what companies are hiring, Mattice said. At the union level, the International Union of Bricklayers and Allied Craftworkers’ website is BAC Local 3 New York (bac3ny.com).

How to become a speech-language pathologist

How to become a tattoo artist

How to become an IT support and security technician

Job opportunity: How to become a home health aide

How to become a substance abuse counselor

How to become a meat cutter

How to become a veterinary technician