Mahindra XUV700 To Mark Its Official Debut On 14th August

While we were expecting Mahindra to mark XUV700’s official debut on this Independence Day, the company made it official yesterday that it is going to unveil its highly anticipated SUV on 14th August at 4 PM and not on 15th August. Mahindra could have revised the timeline because this Independence Day looks a bit cluttered due to some other important launches happening on this day too... including the Ola Electric scooter and Simple One electric scooter. It seems like Mahindra wanted your undivided attention and has shifted the debut date a day earlier in the same wake.

What do we know so far?

The front will feature clear view LED headlights with DRLs. They will also feature a booster function where the lights will automatically turn on the high beam function if the car is travelling above 80km/h in the dark.

The rear features arrowhead LED taillamps. It will also feature a panoramic sunroof, multi-spoke alloy wheels and smart door handles. The interiors of the XUV700 will feature two HD screens side by side. The screen on the right will be the instrument cluster with drive-related information and the on the left will be the infotainment system. The infotainment system will feature an AdrenoX system and interface.

It will feature Amazon Alexa voice commands which will perform functions such as climate control, opening and closing of the panoramic sunroof and other infotainment related voice commands. 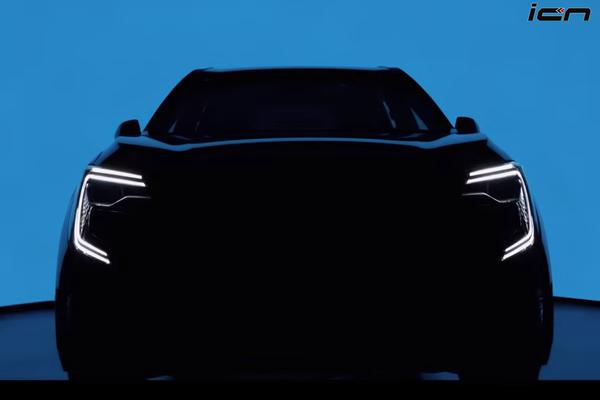 The teaser also shows a Sony 3D music system with roof mounted speakers. The speakers will have an extensive equalizer and sound settings to cater to everyone’s music taste. Other details include a rotary dial on the centre console which could be used to control the infotainment system.

The XUV700 will feature both petrol and diesel powertrains with the option of manual and automatic gearbox. The petrol engine will be a turbocharged 2.0 litre Mstallion engine pushing out 200hp. The diesel engine will be a 2.2 litre Mhawk 185 hp engine. Both will get a 6 speed manual and an Aisin derived 6 speed torque converter automatic gearbox.