Megabuck terrorism: how Kabul was won

Megabuck terrorism: how Kabul was won

What a difference 20 years can make! Not even Hollywood’s best takes on Afghanistan could have prepared the world for the heart-stoppingly swift and spectacular takeover of Kabul on Sunday by the new-age Taliban who stormed the capital, rocket launcher in one hand, smartphone in the other, tweeting their triumph to followers.

Also absent was the austere look of the traditional Taliban fighter that Afghans knew and feared. Tora Bora chic was evidently so last season as young fighters patrolled the streets of Kabul in trendy clothes, aviator sunglasses, baseball caps and fancy sneakers branded with the Taliban flag.

Gone, too, was the fearsome full beard of the Deobandi Islamists – replaced with clean-shaven faces, once considered an absolute abhorrence by diehard traditionalists.

#Taliban2.0 was trending on social media platforms within hours.

Looking sharp and rebranded as the Islamic Emirate – the Taliban rode into Kabul with a rather dubious honour – second place on Forbes magazine’s list of World’s 10 Richest Terrorist Organisations. Awards season must be a killer in those circles.

Their annual turnover of $800 million is believed to be what funded the dramatic push into Kabul. Now here’s a city that’s been through the most – conquered by every heavy­weight from the Greeks to the Mughals to the Persians to the British to the Soviet Union.

#GenghisKhanrules is part of Kabul’s diehard DNA but little could have steeled it for the blitzkrieg annexation of its heart and soul by the Taliban on Sunday. They came in with the speed of a jungle cat – as precise and calculating – just as the US withdrew its protectorship of Afghanistan after two decades. Poor Afghans, they just blinked and the Taliban was at their door.

Taliban 2.0 have come out of the cave and into the light, embracing technology and is using it to advance their position among the who’s who of world terrorism.

Money can’t buy love, but terror has a price tag and is traded using some of the most advanced technology in the world, such as cryptocurrency.

The Taliban and fellow militant group ISIS are in the same WhatsApp group when it comes to financial schemes – yes, they run their businesses through WhatsApp, Telegram even.

The game plan is simple: illegally grab vast swathes of land, entrap large populations and seize all resources – in a nutshell, secure all potential revenue streams.

Taliban militia men also boast an impressive arsenal thanks to their relentless pillaging of weapons given to provinces by the US military.

However, marauding militia mayhem aside, the Taliban’s biggest sources of income have far more sinister leanings. A UN report from June, based on member-state intelligence, revealed that most of the organisation’s wealth comes from criminal activities such as opium production, drug and human trafficking, extortion and kidnapping for ransom. Oh, they also dabble in real estate. Imagine that open house.

Having cornered the opium trade, the Taliban is said to have garnered $460m in drug-trafficking earnings in a single year. There was that little matter of their ban on the extremely lucrative opium trade that contributed heavily to them being booted from power in 2001, but they did declare this week that there will not be any drugs in Afghanistan under their rule. I’m reading that as, “all drugs in Afghanistan will now be exported”. 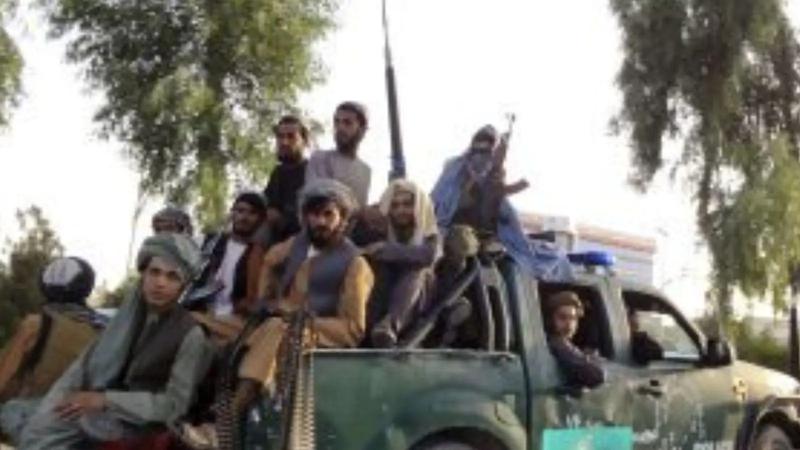 The opium trade, worth around $4 billion annually, is Afghanistan’s main export and is a dangerous game with nefarious players: trucking mafias, the police, militia, rival chiefs, Kabul elite – even Pakistani spies.

It’s hard to tell cops from robbers in Afghanistan’s 224 000 hectares of poppy fields.

Nearly all profits from the trade in illicit drugs go into Taliban coffers. The group manages opium production in all areas under their control, imposing a 10% tax on every link in the chain – from poppy farmers and opium labs to traders who move the product out of the country – according to a report from the Afghanistan Research and Evaluation Unit based in Kabul.

No shrinking poppies when it comes to imposing themselves on the Afghan people, the Taliban also rakes in millions from extortion and kidnapping for ransom. Taliban tax has to be paid by businesses and people living in areas under its control – the organisation even issues receipts as proof of payment.

No rebates, though, receipts are just needed during Talitax season.

Mining is also a lucrative business for the new terror lords in town. While Afghanistan is one of the poorest nations in the world, the country is actually sitting on mineral deposits worth nearly $1 trillion.

The country is blessed with untapped deposits of minerals such as iron, copper and gold. There are also rare earth minerals and, what could be one of the world’s biggest deposits of lithium, the mineral used in rechargeable batteries of electric vehicles, laptops and cellphones. The annual global demand for lithium grew from 25 400 to 85 000 tons between 2008 and 2018.

Tally-ho all the way to the bank for the Taliban; they are literally sitting on a gold mine.

Good thing too, considering that Taliban 2.0 have usurped a country with a zero bank balance and still have to fund their new luxurious modern lifestyle.

Its regular fare of hostage beheadings – flashback to dark caves, shouts of “Death to America’’ and shaky, grainy videos – has now given way to White House-style press conferences streamed to social media platforms. Taliban spokesman @suhailshaheen1 is a total killer-with-two-thumbs on Twitter to his 364 000-plus-(now)me followers.

The organisation has also clearly hired a good PR agency; the much-loathed archaic interpretation of sharia has been replaced by claptrap rhetoric usually spewed out by seasoned politicians: “Everybody has been pardoned. Nobody is going to be treated with revenge. The youths who have talents, who have grown up here – we do not want them to leave. These are our assets, we would like them to stay.”

Even women got the silky smooth treatment: “The Islamic Emirate is committed to the rights of women within the framework of sharia. Our sisters will have the same rights, and will be able to benefit from their rights.”

In the same breath though, they added that the role of women in society will actually be determined by a religious council. Look out for the press release.

As Taliban leaders worked on mass conversion to its new testament, their fighters worked out at gyms in Kabul. Understandably so, they had just arrived in a new city, looking good must be a priority. Insurgents filmed themselves exercising in deserted gyms, dumb-bells in one hand, rocket launcher in the other. Recurring theme here.

Too Western; head-to-toe robes and burkas only! This in a city that had grown accustomed to embracing the latest fashions and Western-style dressing.

As Taliban 2.0 vacillates between caveman and 21st century man, ordinary Afghans trapped in a nightmare turn to Mecca as the adhan sounds out. The prayer on their lips ... Would the real Taliban please stand up?