MUMBAI: Dipping into reserves to meet a gaping shortfall in revenue, municipal commissioner Iqbal Chahal has announced a big upgrade of public health facilities, including a new building for treating infectious diseases, and substantial allocations for infrastructure as part of the civic budget for Mumbai. The slowdown in real estate deprived the corporation of its biggest income sources – so far, property tax collected this year is a mere 17% of the targeted Rs 6,768 crore and building development charges are 70% less than the estimated Rs 3,880 crore. Despite this crunch, the budget has increased to Rs 39,038 crore, nearly 17% over last year's outlay. BMC plans to dip into its fixed deposit reserves to raise Rs 4,688 crore and take a Rs 5,876-crore internal loan to meet budget expectations. The health allocation of Rs 4,728 crore, which has increased by 11%, will be used to upgrade civic hospitals and other facilities. A new building for treating infectious disease in Kasturba Hospital will also be built. 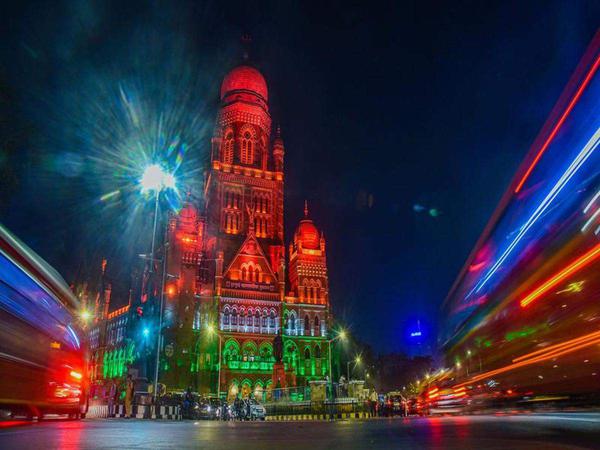 In infrastructure, no new mega project was announced; instead Chahal has stressed on completing ongoing and planned projects. BMC plans to spend Rs 14,111 crore on projects (last year it was Rs 9,963 crore) besides the Rs 2,007 crore set aside for the Coastal Road. BMC has also set aside Rs 3,659 crore for solid waste management which includes Rs 191 crore for waste to energy plants and the scientific closure of dumping grounds. While it has allotted Rs 2,231 crore for roads and traffic departments, Rs 200 crore will be earmarked for beautification of footpaths, traffic islands and creation of street food hubs. Chahal said BMC will demolish and reconstruct 21 bridges, repair 47 bridges and carry out minor repairs on 144 other bridges at an estimated cost of Rs 961 crore. “A huge amount will be required in future for completing these projects. Also, there will be a need for money for upkeep and upgradation of these facilities in the future. So, priority of capital works will be ascertained and projects which are not of immediate importance will be deferred,” Chahal said. With chief minister Uddhav Thackeray keen on making the city flood-free, BMC has also allocated Rs 1,699 crore for storm water drain works. This includes an allocation of Rs 50 crore for river rejuvenation and Rs 347 crore for reviving and beautifying Mithi river. Chahal said BMC would install mini pumping stations to mitigate flooding spots at 86 low lying areas in the city. The budget also sets aside Rs 670 crore for repairing water reservoirs and laying new water pipelines. Another Rs 542 crore will be for the Water Distribution Improvement Programme. Rs 1,346 crore was allotted for the planned seven Sewage Treatment Plants (STPs) that would treat sewage before it is disposed into the sea. The administration had promised to roll out a new policy to manage parks and gardens, but only Rs 126 crore has been allotted for the garden department. Chahal has also announced a new hoarding policy for the city in a bid to increase the revenue it gets from advertisers. The BMC is worried about its falling revenues from property tax. Against the targeted Rs 6,768 crore from property tax, it still hopes to collect Rs 4,500 crore by March end, though it is an ambitious goal. Besides, Chahal said estimated revenue from the Development Plan (DP) department through building development charges had dropped from Rs 3,879 crore to Rs 1,199 crore. The BMC is also looking to generate income from newer sources like fire service fees and by carrying out a revision of municipal services fees in coming years. The BMC also said the Maharashtra government owes it Rs 5,274 crore in dues while other state agencies like the SRA and MMDRA owed it Rs 121 crore. In a significant move, Chahal has proposed that the BMC should be notified as a single planning authority for the city instead of having multiple authorities like SRA, MMRDA, Mhada, MIDC and MSRDC. Chahal said the BMC would request the state government to make it the city’s only planning authority.