My weird, nostalgic quest to hunt down a lost online fruit game

The game was roughly as I remembered. There were five fruit-headed avatars – orange, strawberry, blueberry, pineapple and raspberry (called Juiclings) for players to choose from. And in the lore, they all inhabited their own zone based around the five flavours - wicked zone, crazy zone, chilled zone, party zone and cheeky zone. The striking characters were drawn by Suzie Webb, who was recently out of art school at the time, and inspired by the work of graffiti artist Vaughn Bode.

While users could chat to each other in the game, kids could only select from pre-set text options from a chat panel of safe words and phrases which could be joined up to form a sentence. The game also contained minigames, including bowling and one where the user played the role of a DJ. But Planet Juice was very much like many virtual world games in the early 2000s. Kids were encouraged to just walk around and interact with other fruit-headed kids in a safe environment, throwing splatters of juice at each other and striking dance poses. “We just wanted people to enjoy it, for it to be safe and for parents to trust that they can go on here and know that they can't communicate with anybody in an inappropriate manner,” says Webb.

From what Webb and Dawes remember, it was a “really popular” game. Roughly 200,000 kids logged onto the game during its short life. But as Book suggested, all good things must come to an end. Two to three years later, the game shut its doors for good.

The reason why it ended was less spectacular than one would hope. Dawes says that despite the number of users remaining high right up to the end of the game’s lifecycle, Capri Sun simply wanted to take the brand in a different direction. Like many other advergames, Planet Juice was just one brand’s fleeting vision. “I think we tried to convince them that this could continue to be huge and even bigger, but they didn't really get it back then. To them, it was just a website – who cares?” he says. 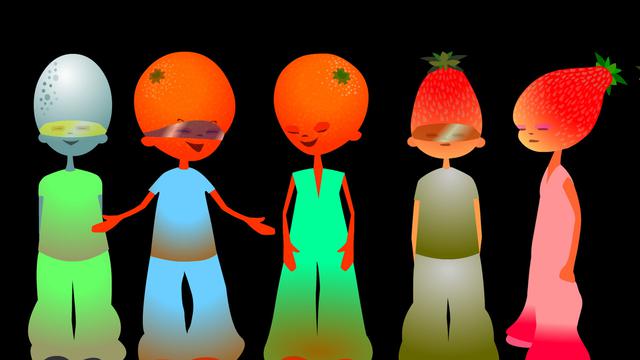 Magnetic North went on to make a more traditional Miniclip-style website with stronger Capri Sun branding for the juice company. The advertising agency had an internal discussion about carrying the game on by itself, but with intellectual property factors at play and the company’s own client work coming first, that didn’t pan out. “In the end, it just went offline, which a lot of people were upset about,” Dawes remembers.

As for why there is very little information about the game online? Webb says she takes partial responsibility because while she has screenshots of the game, she’s never posted them online. Another reason for its limited online footprint is that Planet Juice opened and closed before the birth of sites like YouTube, so no one was yet in the habit of recording content from their screens. And when you think about the age demographic of Planet Juice’s players, archiving content in the form of screenshots probably wasn’t a huge priority.

Planet Juice also had very minimal branding, which might be why some people remember that it was linked to a brand, but are unsure which one. Webb speculates that maybe it just wasn’t very good at doing the job of what an advergame should be doing, and that’s why Capri Sun decided to can it. “Some might have thought at some point that Planet Juice was what we were promoting, not Capri Sun,” Webb thinks.

But a major reason why Planet Juice could have fallen off the face of the internet is because the game was made in Adobe Flash, a nearly obsolescent piece of software which will be discontinued at the end of the year. In the early 2000s, thousands and thousands of browser-based games were being built in Adobe Flash, but none of them were being archived and preserved. “Flash was a little bit complicated in that everything was muddled together, and the code was mixed in with the graphics,” says Barr. The way Adobe Flash is coded means that games made on the platform are incredibly difficult to replicate. “It’s not a case of getting the source code and modifying that and pointing it to the new assets. It was kind of a closed system.”