New Pokémon Snap - Zeraora's location: How to take a four star Zeraora photo and complete the Illusion of the Badlands explained

Zeraroa is one of the new Pokemon added to New Pokémon Snap in the free August 2021 update.

Its introduction means that there are now 11 legendary Pokémon for you to photograph in New Pokémon Snap, but you must unlock the new areas first to find it!

Afterwards, you'll be able to find Zeraora's location and take a four-star Zeraora photo, which, in turn, will complete the Illusion of the Badlands request.

Where to find Zeraora's location in New Pokémon Snap

How to take a one-star, two-star and three-star photo of Zeraora in New Pokémon Snap

If you'd like to learn more, visit our New Pokémon Snap walkthrough.

Where to find Zeraora's location in New Pokémon Snap

Zeraora can be found on both the Badlands (Day) and Badlands (Night) courses, but, to photograph it, you must first unlock these new areas and reach specific Research Levels.

For the Badlands (Night) course, you first need to reach Research Level 2; here you'll find Zeraora asleep on your left-hand side at the beginning of the course. If you're having trouble finding it, first locate the large pillar with a Sandstorm pattern Vivillon clinging to it and, then, look to the left of this pillar's base.

You can wake Zeraora up by hitting it with a Fluffruit, which will cause this legendary Pokémon to run up to the top of the northern cliffs. If you want to complete the Badlands (Night) course map, then you must photograph it in this location.

Finally, it's also possible to make Zeraora appear at the end of the Badlands (Night) course by taking the alternative route. First, however, you need to activate this route by using an Illumina Orb and taking a picture of two Digletts in the starting area. Wait until both Digletts appear near the first Crystabloom before hitting it with an Illumina Orb.

The Digletts must be looking at the Crystabloom to unlock the alternative route on each course run.

This will allow you to take the alternative route and, just before you ride the geyser, you need to hit Zeraora with a Fluffruit. The moment you've done this, make sure you having the Neo-One in turbo mode as you're now racing Zeraora to a specific point on the route.

At this point, turn and hit Zeraora with a Fluffruit.

Here you'll reach a point where Zeraora will run past you and, if your timing is correct, you'll block its path, which will cause Zeraora to head to the cave on your left.

You need to block Zeraora's path to make it appear at the end of the stage. 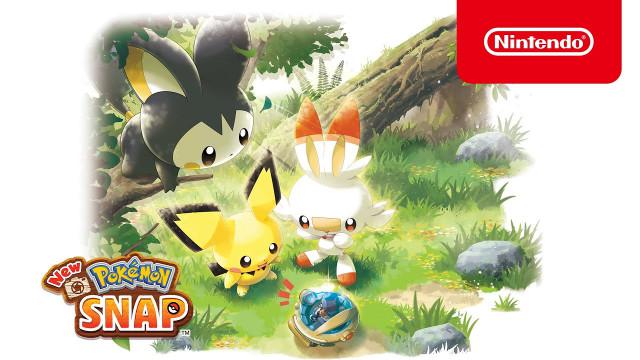 With this achieved, you now simply need to wait until the end of the course and you'll see Zeraora appear in the distance past the course end point, before it runs towards and past you.

To find Zeraora on the Badlands (Day) course, you need to reach Research Level 3.

On this course, Zeraora is located on the cliffs above the area where you first see a Kangaskan. If you're having trouble finding it, follow the cliff edge on your right-hand side from the beginning of the course and you'll be able to spot it.

Zeraora is, once again, asleep and you can, once again, disturb it with a Fluffruit. Doing so will cause Zeraora to jump down from the cliff and run past you.

If you successfully wake Zeraora up, then you'll also encounter it walking about near the Onix holes at the end of the course. Here you'll be able to feed it a Fluffruit for a great photo opportunity!

With careful planning, taking a four-star photo of Zeraora will allow you to complete the Illusion of the Badlands request at the same time in New Pokémon Snap.

To achieve both of these goals, you need to reach Research Level 2 on the Badlands (Night) course.

Once the course begins, you need to immediately start throwing Fluffruit at Zeraora until you hit it and, in doing so, wake it up. This can be quite a tricky shot to make, but, thankfully, you only need to hit Zeraora once.

Afterwards, you need to start throwing Fluffruit at the Tyranitar, which is sleeping just beyond the boulder in front of you. Again - this can be a hard throw to make, but you only need to hit Tyranitar once to wake it up. You must, however, wake it up before you pass the boulder.

If you successfully wake Tyranitar up in time, you'll discover that it's a little miffed about the whole situation and will create a sandstorm. Now all you have to do is continue travelling along the path, until Zeraora appears to stop the sandstorm.

If Zeraora is awake, then Tyranitar will perform sandstorm!

This will only upset Tyranitar even more and the pair will begin to fight! Keep your camera lens on Zeraora and, then it summons blue electricity, quickly take a photo!

Any photo you take of Zeraora when it's in this blue electricity form will count towards both your four-star photo and complete the Illusion of the Badlands request.

For completing the Illusion of the Badlands request, you'll receive the Sparkles 5 sticker.

How to take a one-star, two-star and three-star photo of Zeraora in New Pokémon Snap

If you want to complete Zeraora's page in the New Pokémon Snap Photodex, then you need to take a one-star, two-star and three-star photo of it.

A one-star photo is easy to achieve - you simply need to photograph Zeraora while it's asleep, running or standing about.

For a two-star photo, photograph Zeraora's reaction after it's eaten a Fluffruit or its reaction to being woken up.

Finally, for a three-star photo, you can take a picture of Zeraora eating a Fluffruit or when it somersaults across to the ledge in Badland (Night) Research Level 2 after you've woken it up.

Good luck photographing Zeraora in New Pokémon Snap, as well as the other legendary Pokémon, such as Suicune and Lugia!