The AscentWe started early in the morning; clad in backpacks, trekking suits, boat hats and sticks, we felt cheerful and hopeful of finishing the trek on time. The weather was pleasant; a thick line of clouds scattered about and gave way to a reluctant sunshine.

The Kashmir Great Lakes Trek starts from Naranag—a small hamlet wedged between two mountain lines. The place holds the ruins of an 8th-century temple, a disused shivling, a spring and a few stone carvings. The trail starts near this temple and winds up through pine trees ascending right from the hem of Butshiri Mountain. The steepness of Butshiri hides in its snaky trail and a patch of pine trees.

The first day of the trek was strenuous. The steepness was felt in a few metres as everyone started panting, resting after every few steps. The ponies and porters ascended the way one descends, brisk like someone in a hurry.

I was a little apprehensive to embark on this trek; a little reluctant to take on the ardent task of walking up the mountains, gasping for breath. But then a thought crossed my mind. What could transport one from the daily hustle-bustle and brooding routines to something refreshing and new? The answer was right in front of me. I joined the trek with a ‘mixed group’—men, women, Indians, Malaysians and others from different corners of the world.

First Steps As the toll of ascending got heavier on us, some started ruing the thought of coming from afar places to this exhaustion, some thought it was better to go around tourist places, sitting in cosy hotel rooms and roaming around in cabs. But the trail turned easier after Butshiri Top. It opens itself onto Trunkhol Meadow—a beautiful patch of grassy land circled by mountains.

Our first day terminated at Nundkol Lake—a beautiful lake calmly formed under the loftiness of Mount Harmukh. Harmukh, being cloudless, was beckoning and stared exotically at us; it was from this mountain, in 1856, that Thomas Montgomerie, the British Trigonometric Surveyor discovered and sketched K2.

At Nundkol Camp, an enervated Malaysian trekker got irate. He ended up reprimanding his comrades for suggesting trekking over beach visits to Goa. But a bowl of hot soup and instant noodles mollified him. It turned out that his hunger had overtaken his senses.

We spent the next two days camping in the Gangabal Valley. We visited Gangabal Lake—the largest alpine lake of Kashmir. The following days, we trekked through lush meadows of Satsar Valley and Gadsar Valley, crossed Zajbal Pass, visited the Bakerwal house made of mud and logs, and saw shepherds lazily grazing their flock of sheep. The entire meadow of Satsar is otherworldly in terms of its calmness and landscape. We forded little water-fed streams strewn with boulders and log bridges; occasionally, clumps of flowers would toss their heads in the breeze.

Trekkers Club Inc. We had a set routine. Though we’d begin our day on a chatty and cheerful note, the trekking enervated by the time we got back to our camps in the evening; often leaving us with no energy at all. I spent most of my nights sleeping like a log.

The weather was mostly pleasant. New friendships were forged. My trek comrade was a middle-aged Malaysian trekker. Along the way he reminisced about his trekking life. He had trekked in Africa, Nepal, and Europe. Among all, he said, he loved Nepal the most—a country that had a lot to offer in addition to its breathtaking and picturesque landscape. He said Nepal is austere in its offerings; it was the land of mountains, temples and simplicity.

The day we left from Gadsar I looked up at the mist-shrouded sky. It drizzled first, and then as we covered some distance, it rained voraciously, the temperature dropped sharply and a thunderstorm whipped up the place. We all suited ourselves in rain gear, placing our feet cautiously. The sudden shower gave the meadow a further refreshing hue. It took us some time to reach the destination from which Gadsar Pass was visible. The rain inundated the trek trail. And as we neared the pass, the trail became less obvious. The verge of the already narrow trail shrunk, leaving whatever was left slippery and boggy. Clouds felt reachable by hand, thunder was deafening, and later in the night, the lightning was scary. A trekker from Bengaluru shivered in the cold and was almost in tears. A first-time trekker from Kashmir said he could see himself dying here as he had never heard such a loud crash of thunder. I felt anytime a cloud would burst on us.

Camper Camaraderie As we reached closer to the pass, each step became more difficult and heavier. Our backpack seemed like a lifelong encumbrance. Trekking felt debilitating, an age-old curse that was coming true in the meadows and mountains. Ascending Butshiri Mountain felt like an overture of the Gadsar Pass.

We had no choice, the guide told us. We were in the middle of the trek and halfway to the Gadsar Pass. Both ways, ascend or descend, it was going to be arduous.

I rested near a big rock, looked up and caught a glimpse of the Malaysian trekker whom I had struck a camaraderie with. He was a tireless trekker, a fact that he didn’t fail to re-emphasise time and again. To be honest, I did envy him.

We finally reached Gadsar Pass after endless hours of trekking. The Gadsar Peak more than made up for all the blood and sweat. To see oneself at the top of the entire range, flanked by the Gadsar Valley on one side and two beautiful lakes—Kishansar and Vishansar—on the other, is an experience of a lifetime. For me, reaching this pass was far more strenuous than any other day of the trek, but also equally rewarding. We spent the next two days camping in the Vishansar Valley; feeding on trout and chugging down numerous cups of coffee and tea.

A Dogged Resistance The stream that ran alongside the campsite shimmered in the sun. An afternoon with Mary Jane seemed apt. I wanted to let the hundreds of thoughts recede. But I soon dropped the idea after sometime feeling that my mind was least jumbled, the

seven days of walk into the mountains, body ache and fear had left my mind a little disoriented. I wished the trek would stretch for many days, beyond Sonamarg. To travel is to find an optimum point, the point where you let go of your past and don’t contemplate the future. That’s the point where one meets oneself. For me, this point was in the Vishansar Valley. I felt unmoored, past agonies and distress. Just a blanket of calmness. 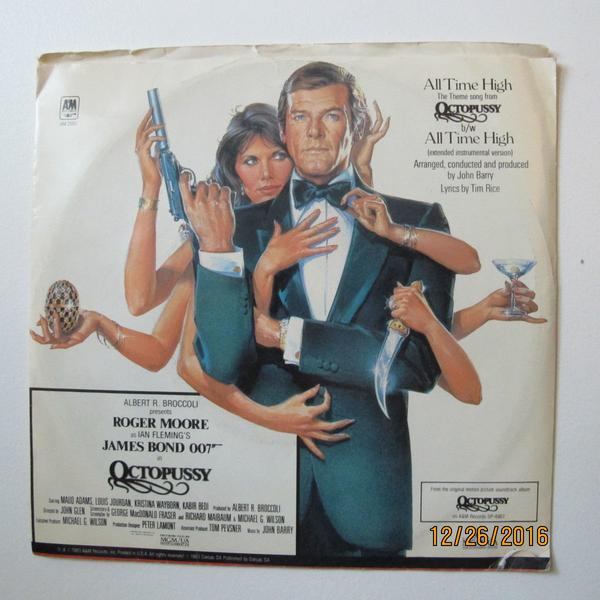 I would have been more than ecstatic if our guide had told us that we’d have to extend our stay by another week. But, unfortunately my fellow trekkers had other plans on their minds. The journey so far had satiated their wanderlust.

The day we left Vishansar, the drizzle gave way to a weak sunshine. The sun peeped through thickly scattered clouds; but then it changed, clouds turned thin, the sun became brighter and hotter.

We spent the last night camping at Table Top. We ate with gusto, danced around the bonfire and gawped at Alfa Centauri. The moon was big and looked like it hung quite near to us. The sky looked full of life and yet quite serene. The ‘pony men’ danced around and sang their songs in which they implored their women to give them an approving glance. One fellow Malaysian trekker sang John Denver’s ‘Take Me Home, Country Roads’ to which we all chorused and the mood drifted to melancholy.

Kashmir Great Lakes Trek has no sharp precipice hanging dreadfully over deep gorges; or a pack of bears lolloping down to eat your pound of flesh. It’s a moderate walk; away from home in meadows and enticing mountains. It has a trail that rarely looks fatal; the lakes terrifying. It has cattle that chew under the bright sun; that rarely look admiringly and, of course the shepherds who play flutes charmingly. On the last day of the trek, I spruced up a bit, washed my hair and beard, put on an old jacket and slicked my hair backwards, getting partially ready for the world and all its doldrums.

I looked back at the trek and life in general. Trekking is undoubtedly a humbling experience; it could take the arrogance and snobbishness out of us in a subtle way. It’s meant for all. And trekking, I realise, needs nothing but the willingness to trudge.

How to Reach N

can be reached from Srinagar by a cab or public transport. It’s a four-hour drive from Srinagar. First head to Lal Chowk (Rs200), from there a local bus can take you to Soura (Rs12). Hop on to a shared cab to Kangan and then to Naranag (approx. Rs100)

Where to Stay At Naranag, one can either stay in tents or guest houses. The guest house will cost around `1,000 per person for a night including meals. Keep a camera handy when exploring the tiny village.

aranag has a tiny market with a couple of shops selling essentials only. Make sure to buy your stuff either at Srinagar or Kangan Market. you will not be able to find a regular hire shop selling personal trekking gear anywhere else in Kashmir. However, you can get trekking tents and sleeping bags on rent from the jammu and Kashmir Tourism Department.

Note: En route, in summers mostly, you will see a couple of checkpoints in the area. Make sure to carry your ID and documents (Aadhaar card for Indians, passport for non-Indians). The army posts are at three places: Trunkhol Meadow, Satsar Meadow and Gadsar Valley).

The best time to be on this trek is from July to September. Rest of the year, Kashmir trails are mostly buried under snow.