Race is on for top spot in A Grade Premiership

Lachlan Patterson on the charge for Wests Panthers in their Bundaberg Broadcasters A Grade Premiership Minor Semi-final clash with Hervey Bay Seagulls at Salter Oval on Saturday.

Injuries and unavailability forced a wholesale overhaul of Past Brothers’ back-line for their Bundaberg Broadcasters A Grade Premiership Major Semi-final showdown with minor premiers Easts at Salter Oval on Saturday, and the Magpies fully capitalised with their highly potent and established combination running amok in a 38-16 victory.

From their side which had ambushed Wests Panthers 30-16 in the Qualifying Final a week earlier, the Brethren were without their star centres Clinton Beer and Jake Thompson, and premiership halfback Taylar Barritt, with vastly experienced Club President Mat Templeman and Dan Finter coming into the centres, and Ben Schrader moving from the wing into the No. 7.

They all did their best, but their new combinations were predictably clunky at key moments, and the Magpies’ electrifying three-quarters Andreas Nona and Trent Seeds cut them loose with three and two tries respectively to lead the charge, while winger Billy Stefaniuk and halfback Tyrell Howard each picked up one four-pointer, along with hooker Arden Lankowski, who gave his usual polished service.

Easts had lost their previous two games, including a 38-22 defeat at the hands of Brothers in the penultimate round, ending an eight-match winning streak, before also being edged out by Wests in the last rounds.

But they returned to their brilliant best and now, they are straight through to the grand final on Sunday week August 29, when they will attempt to break a 16-year club drought.

Brothers will get their last chance to keep their title defence alive when they meet Hervey Bay in the Preliminary Final this Saturday.

The Seagulls, who placed fourth on the ladder, before coming back from the brink of defeat to outgun Waves Tigers in extra-time in the Elimination Final, are now just one win away from a grand final berth after shocking the Panthers in a six tries to four triumph.

Their rock solid pack again laid the platform, with Anthony Gray, Slayde Johnson, Dion Bunyan, Travis Baumann and Isaac Mielczarek all scoring, along with mercurial playmaker Logona Vetemotu, who has been there through the tough times since their last premiership of 2016.

It was a good day all around for the Seagulls in the Minor Semi-finals, as they also thrashed the Magpies 44-6 in Reserve Grade with halfback Ben Hudson amassing 20 points with two tries and six conversions, and Brothers 36-16 in Under-18.

But Wests’ A Grade exit capped a disappointing day for the Panthers, who were also beaten in the U18 and Reserve Grade Major Semi’s by Wallaroos in both, 40-0 and 30-22 respectively.

Meanwhile, United Park Eagles (UPE) bounced back from their midweek loss to League Champions Across The Waves (ATW) to edge out Granville 3-2 and secure fourth place, but the hot and cold Brothers-Aston Villa (BAV) bowed out of contention with a 5-0 white-wash at the hands of their hosts Doon Villa.

Bingera, who are out of the Premier League Women’s finals race, finished their season on a high note with a 2-1 dispatch of UPE, who dropped from second to third.

United Park Eagles captain Josh Adcock breaks away in a recent clash with SC Corinthians in the Football Wide Bay Men’s Premier League. Josh has continued to lead from the front week in week out.

AFL: Max Wright, who had kicked only 2 goals in his first 10 games of the season, broke free and bagged six to be the spearhead as reigning champions and hosts Across The Waves Eagles produced one of their best performances of the season to thrash 2020 beaten grand finalists Bay Power 14.12 (96) to 2.5 (17) in their Wide Bay Marquis Macadamias Seniors Premiership penultimate round clash at Frank Coulthard Oval on Saturday.

The Eagles will now take on the high flying unbeaten Hervey Bay Bombers at Norm McLean Oval this Saturday before a rematch with the Power in the semi-final.

HOCKEY: With the Bundaberg Hockey finals just two weeks away, four times defending premiers All Blacks ended their horror run with Dale Veivers smashing in a double in a timely return to form 6-2 drubbing of Raiders/Rovers in the second last round of the Division 1 Men’s competition at Hinkler Park on Saturday.

Their Division 1 Women were however pipped by Raiders/Rovers 1-0.

Waves Cities, who are confirmed minor premiers in both Divisions, again claimed the double against Arrows/Athletics, with Lachlan McLennan grabbing two for their Men in a 4-1 triumph, while their Women ran out 2-0 victors.

NETBALL: Waves Gold powered on unbeaten in their Bundaberg Warren Family Homes Division 1 Premiership title defence with a 62-39 romp against third seeds Alloway Blue in the penultimate round at the Superpark on Saturday.

However, their Blue side remained in fifth place after outgunning Natives Magpies in their bottom of the table shoot-out, while No. 2 Brothers Hurricanes unplugged Fusion Solomons 60-52.

Here are all the scores: 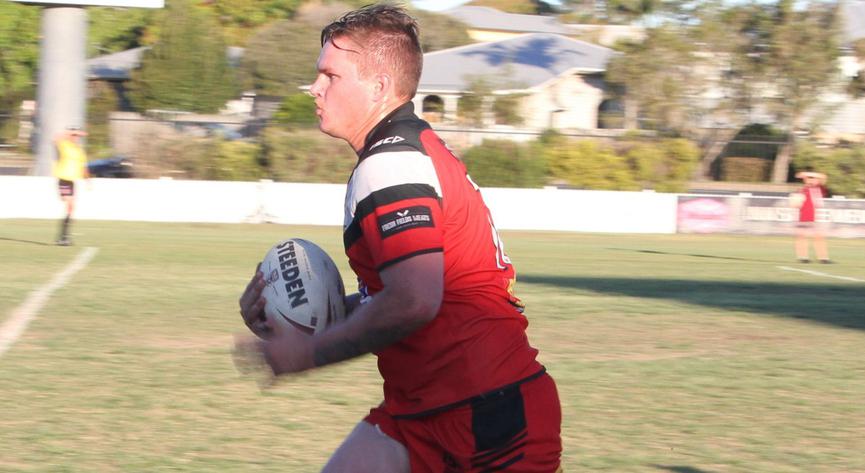 More sport: Bowls results from across the region