Bernard Rose’s adaptation of Clive Barker’s “The Forbidden” unleashed an enduring boogeyman and horror icon almost thirty years ago. One with a darkly romantic and tragic history. Director Nia DaCosta’s

returns to Cabrini-Green to reexamine the eponymous character’s legend and legacy, expanding its scale. It’s an ambitious and haunting reclamation realized by DaCosta’s bold vision, blending horrors real and supernatural.

Visual artist Anthony McCoy (Yahya Abdul-Mateen II) and his partner, gallery director Brianna Cartwright (Teyonah Parris), have just moved into a luxury loft in Chicago’s Cabrini-Green, a now unrecognizable, gentrified neighborhood. Anthony struggles to find inspiration, causing his career as an aspiring artist to come screeching to a halt until a chance encounter with an older tenant from the neighborhood, Burke (Colman Domingo), recounts the tale of a Candyman. It becomes new inspiration behind Anthony’s work, unleashing a new wave of terror when Anthony submerses himself in the legend’s history.

DaCosta matches the artistry of her lead character’s from the opening credits. Every facet of the production is stunning. The bold color palette, Cara Brower’s production design full of mirrors and reflective surfaces for the eponymous boogeyman to lurk, and the tricky shots and framing that DaCosta employs to navigate around those mirrors hold you firm in this movie’s grip from the outset. There’s even an art to the horror. Gore is used thoughtfully and with purpose, and restraint on the bloodletting is just as impactful. Off-screen kills marked by ripping, gurgling sounds, and torrential blood flow can be as effective as seeing an invisible hook ravage a jugular. All of it makes for a rich visual feast that leaves you clamoring for DaCosta to helm another horror feature as soon as possible.

offers an overabundance of food for thought. It warrants multiple revisits to digest just how much DaCosta’s script, co-written with Jordan Peele and Win Rosenfield, is trying to convey and how well it succeeds. The subtext behind who’s fearless enough to dare say Candyman’s name five times is evident, along with the characters that refuse out of self-preservation. There’s careful consideration of depicting a history of trauma, including the elegant shadow puppetry in telling the Candyman legends. How the stories shift and evolve dramatically depending on who tells them matters a lot here.

So many conversational plot threads going on at once means that not all get enough room to breathe. Painful memories from Brianna’s past get touched on and forgotten as she’s forced to confront the supernatural mess Anthony started. Cabrini-Green can’t entirely erase its past, no matter how much money gets spent to cover it up. The points are well made but fade into the background of Anthony’s journey. 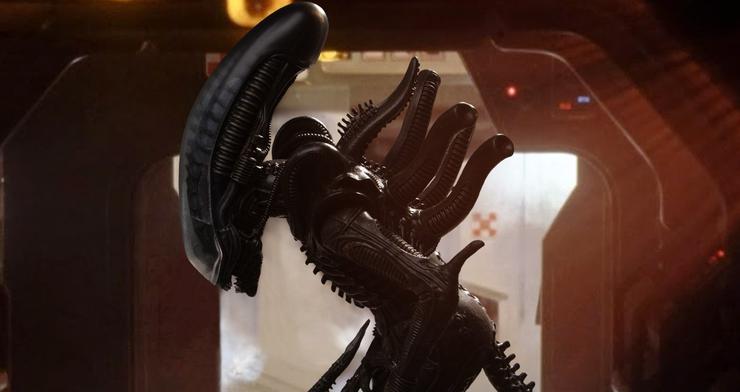 has so much to say that the pacing loses some steam in the second half.

impresses in how well it pays tribute to the original and its legacy while forging a very present, grounded path forward, organically expanding the mythology. The horror moments deliver, but DaCosta also takes care to ensure you hurt when the characters do.

tips its hat to the original in satisfying ways, but this is Anthony’s story. Abdul-Mateen II and Cartwright make for compelling leads of a cast wholly committed to DaCosta’s vision.

deftly juggles so much at once, from artistic intent and ownership to a history of violence that birth monstrous legends. A history that DaCosta’s film aims to reclaim with a fiery passion, building to a finale that slams into you like a freight train and gets under your skin. DaCosta is a powerhouse director, and her singular vision demands not only that you say his name but understand why. Stories carry weight, and Candyman makes a haunting case for why storytellers are just as vital to a story’s trajectory through time.