Sakurai Says Smash Bros. Ultimate's Next DLC Fighter Really Will Be The Last One

I know people probably mean well, but if I were Sakurai, I think I would be a little offended by how much everyone feels sorry for him. The amount of overworking he's done in the past is concerning, but I really think that's just because he's a perfectionist and he puts that kind of a workload on himself. Think about it: Nintendo delayed New Horizons by a year so the Animal Crossing developers wouldn't have to suffer an unreasonable amount of crunch. Do you really think it's Nintendo forcing him to slave away? They might be a flawed company, but I don't think Nintendo is so unethical they're running a sweatshop and standing over him with a whip. If they were that authoritarian, he wouldn't be able to get by with all the jokes about company management that he makes in his Sakurai Presents videos.

I'm absolutely appreciative for all Sakurai has given us in terms of Smash content, but treating him like a delicate flower just seems a little patronizing. He's even gone on record in the past to say making DLC fighters has been far less strenuous than developing the whole game. I don't understand why there has to be this ultimatum where either Sakurai is miserable but we keep getting DLC characters or Sakurai takes a vacation and then never works on Smash again. He could take a break and leave Smash on a one-year hiatus, and then he could come back and make more content down the road or something. The hype would absolutely still be there. 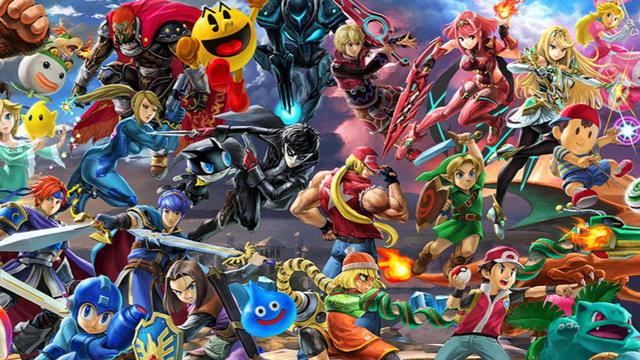 People take vacations, but then it's right back to work for most of us. Sakurai isn't any different. Has he profited off Smash enough and made a large enough mark in the gaming space that he could retire now and never have to lift a finger again? In all likelihood, yes. But he said in his recent Famitsu column that isn't on his radar righr now, and we should respect that decision. Sakurai seems to me like the kind of person who would get very antsy when he isn't working on something productive. This is why I think Reggie came out of retirement so quickly; having too much time on one's hands can be difficult to manage. At best it gets boring, and at worst, it's hard on the nerves. Some people are only happy when they're hard at work.

So yeah, I sincerely hope this isn't the end for Super Smash Bros. Ultimate, and I don't think that's selfish of me to say so. If Sakurai never touches the series again and my dreams of getting Crash and Rayman into the game are dead, I have to admit I'll be very disappointed, but he will still be my favorite game developer of all time, regardless. I just don't see him doing that though, because Sakurai is a man who loves gaming with a passion, and he's acknowledged how privileged he's been to work with all these beloved franchises. If making Smash wasn't at least somewhat fun and exciting for him, I don't think he would do it. With everything else on his plate, why would he take the time to post daily Twitter screenshots and celebrate anniversary milestones if it wasn't important to him?

This isn't targeted at anyone specifically, but I've seen it in comments here and especially on Twitter where anyone who hopes Sakurai will keep making Smash content is labeled as selfish and ungrateful and that they don't want the "poor" man to ever rest. You wouldn't tell Picasso to stop painting or Beethoven to stop composing or Michael Jordan to stop shooting hoops if they love doing what they're talented at and have no mind to quit. To do so is a bit insulting to their legacy, don't you think?