Some TV show villains are remembered for being brilliantly evil, or for leaving a mark in the TV landscape because they benefited from strong narrative arcs throughout their time on a show. Take the Cigarette Smoking Man in The X-Files or Gus Fring in Breaking Bad: both were well-rounded, unforgettable villains. However, other TV villains don't have that chance.

Some villains get stuck in storylines that make them less memorable and efficient than some of TV's best baddies. It isn't that they are bad characters or bad villains, it's just that they deserve much more than what they got.

Count Olaf is the main antagonist in A Series of Unfortunate Events, a greedy criminal ready to do anything to get his hands on the Baudelaire children's fortune, even murder them. Season after season, all Olaf did was to set up several schemes to get to the Baudelaires. It wasn't until the last season of the show that Count Olaf's character started to show new facets.

However, for many fans, this wasn't enough. They were disappointed that most of his storylines revolved around him relentlessly chasing the Baudelaires, which added nothing to his growth. It would have been far more interesting to hear what he planned to do with their fortune and digging into what his true endgame was.

Thomas Barrow is the kind of bad guy fans love to hate. Throughout his time at Downton, Thomas almost never tired of causing trouble. He kept trying to put Mr. Bates in difficult situations and relentlessly enjoyed making other servants miserable.

While his character eventually began a redemptive-like arc, like when he took a beating for Jimmy or when he offered Andy to teach him how to read and write, those storylines amounted to something that was too little and came too late.

For most of Doctor Who, The Master has been depicted as one of the Doctor's biggest arch-nemesis; they were always determined to conquer the universe and one-up the Doctor. However, this all changed when the Time Lord regenerated into Missy. Missy was true to the spirit of who the Master is supposed to be: a Doctor Who villain who was getting worse and worse the more fans met them — until she and the Doctor formed a truce, which eventually led to her promising him she would be good.

The redemptive story spanned over the course of several episodes, but it's the conclusion that failed Missy. After doing something new with the character of the Master and attempting to have her become an ally to the Doctor, which was giving her a new layer, the show reverted to its old habits, pulled an older version of the Master out of a bag, and killed off Missy.

The Governor (The Walking Dead)

The Governor was one of the first true villains on The Walking Dead who wasn't a zombie. In the show's third season, the Governor appeared to be a real threat to Rick and his group of survivors. The problem was that the show never really managed to make him a well-rounded villain.

Toward the end of his run on the show, the Governor wasn't much more than a sadistic killer, who only brought pain and destruction in his path. Many fans felt that if they had explored his backstory in a bit more depth, like they did with Negan, he could have become a lot more.

Many villains tried to overthrow Clarke Griffin and her friends over the course of The 100. Bill Cadogan, a cult leader, was one of the two main antagonists of the show's final season. The character was mentioned a few times on The 100's season 3 and 5 before finally appearing in season 7. However, he was a bit of a letdown.

RELATED: The 100 Villains, Ranked From Lamest To Coolest

When a show is in its final season, audiences expect it to go out with a bang, and given how many villains had crossed the path of Clarke, the villains needed to be strong in this season. This was the case for Sheidheda, who was a murderous source of evil, but not for Cadogan, who could have been a much more interesting character than he was. 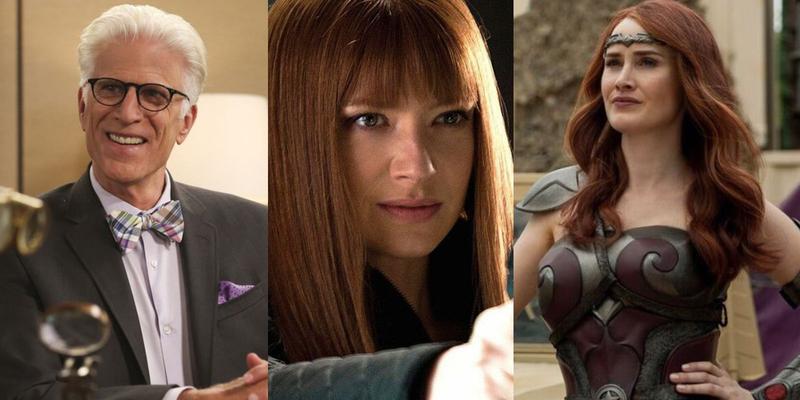 Badison (Orange Is The New Black)

An inmate at Litchfield Penitentiary Maximum Security, Madison "Badison" Murphy was a secondary antagonist in the sixth season of Orange Is The New Black. She kept butting heads with Piper and Alex, among other inmates. The issue with Madison's character is that she was always coming across as the annoying villain; the bully of Litchfield's playground.

She got a little bit of a backstory in the show, in which the audience found out that Madison herself was bullied, but it never really achieved to give her character enough subtlety to be a villain that was anything more than a simple nuisance.

Westworld is a show that blurs the distinctions between more good and bad as most of the characters have done some terrible things. However, in its first season, it was a lot easier to spot who the bad guys were, with Logan Delos being one of them. Logan was a pleasure-seeker, obsessed with taking advantage of the hosts in the park in any way he saw fit.

RELATED: MBTI® of the Main Characters on Westworld

Not only was Logan arrogant, but he was also cruel, and a lot of his actions were gratuitous. Unfortunately the show never really explored Logan's character beyond the boundaries set by his position as the "sadistic" villain, while his character had unexplored potential that could have given him more presence in the show and made him more memorable.

Ursula (Once Upon A Time)

Along with Maleficent, Ursula didn't get to shine much as a villain in Once Upon a Time. She was part of a trio of villains, teaming up with Cruella De Vil and Maleficent when fans first met her in the show's fourth season. What Ursula wanted was to take revenge on the fairytale heroes to finally see villains win and get a happy ending. However, she never got very far with that plan. She was always overshadowed by Maleficent and Cruella, who were more charismatic villains.

It would have been interesting to see the show's writers make Ursula more of a menace, because she was far from one of the best villains in Once Upon a Time. When fans last see her on the show, she ends up working in an aquarium, her dreams of having a happy ending reduced to living in the Land Without Magic. Considering how great a villain Ursula is in The Little Mermaid, it is too bad she didn't have much more of an impact on Once Upon A Time.

NEXT: 10 Movies Where The Villain Deserved More

Gilmore Girls: 5 Favorite (And 5 Least Favorite) Characters, According To Reddit

Marine Perot is a freelance entertainment journalist specialized in TV and Film.