In this Sea of Thieves, A Pirate’s Life Tall Tale guide, we will walk you through the whole “A pirate’s life” Tall Tale and will try to make this quest somewhat easier for you. Without any further ado, let’s get started.

The Pirate’s Life Tall Tale is the first Tall Tale in Sea of Thieves’ Season 3 A pirate’s Life update. You will embark on an adventure to a mysterious realm where you have to rescue the legendary pirate Captain Jack Sparrow from the Pirates of the Caribbean franchise.

Let’s first take a look at how to start the “A Pirate’s Life” Tall Tale in SoT and then set our sails towards its completion!

How to Start the A Pirate’s Life Tall Tale

To start the “A pirate’s Life” Tall Tale, you need to head to the Castaway’s Camp at an Outpost. Then you simply need to vote on a Quest Book. On the left of the wall of Castaway’s Camp quest book for this Tale along with the others like the Sunken Pearl yet to be unlocked.

Once you vote, the Castaway will brief you about the threat and will also give you some instructions about the quest. You can check the Quest book in your inventory detailing the Tall Tale.

After talking with Castaway, board your ship and sail through the green light that is the gateway to another world. The Green Horizon will be easily visible as it pierces through the sky.

Once you enter the green light, you will enter the Tunnel of the Damned and the ship will keep moving forward by itself and after a while, you will exit the tunnel and enter the other world.

As soon as you exit, take control of your ship, and sail straight to a shoreline. Keep moving forward until you see a cavern with a Statue on its side. This statue is used to resume the checkpoints.

The labyrinth that is in front of you is known as the Grotto of Dead Man that will give you easy riddles. You need to obtain a green flame called the flame of souls to solve these.

Keep your lantern up at the campfire and push the button to get the flame. You’ll need to utilize this flame to ignite lanterns and unlock doors at different times throughout this Tall Tale. Search all nooks and corners for lanterns even beneath the arms of a skeleton and destroyed boats you will discover lamps.

Keep moving on the path until you reach a closed door with a lever. To open the door, you will need the handle of an oar held by a skeleton. You will encounter that oar on the way here. Open the door and start moving forward. Just keep jumping across gaps.

Stop when you see a raised bridge with no other way to move forward. Lower that bridge by rotating the wheel nearby. That will raise anchor and the bridge will lower down. Cross the bridge, then use the pulley ahead to raise a platform.

Jump across the platform and move forward. Light a lamp on your left-hand side towards the end of the dock and another before the rotating mechanism to summon a phantom rowboat and unlock the next drawbridge that will take you to the other portion of the cave.

Keep moving forward until you see a mound of treasure. Behind the treasure is a way forward. Go there and jump across the platforms to see a ladder on your side.

Climb up the ladder and cut the string at the end with your sword. Now jump down on the lower bridge. Move forward until you see a pulley. Use the pulley and that will make the mast swing.

Jump on the mast when it comes closer to you, and it will take you to the platform on the other end. Keep moving forward until you see another string. Cut that string to bring down a platform. Then jump across the platform to get to the river going downwards. Slide down the river to get to the checkpoint. 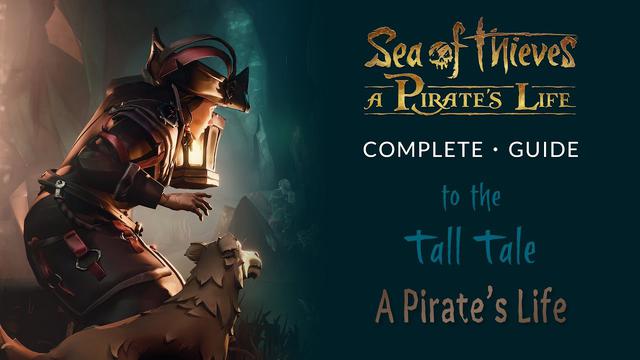 At this point, you will see a locked gate and a platform on you left side. Get up that platform and light up the Brazier with your lantern to open the gate. Enter the town and look for a cage that is between two shipwrecks.

You will easily find it because a skull named Cursed Captain will keep talking along your way. So, in order to free the skull, you will have to move up the steps towards the left and round the boat to get to the top of this ship’s back.

Go through a temporary bridge constructed of a collapsed mast to the boat’s front, then cross the arch and go down a hole. Next, Swim in the river and the cave and get to a lift with a pulley. Pull up and next, construct a platform with another pulley ahead.

Then walk up the stairs towards the right and utilize another pulley which will move the two platforms. Now arrange to allow you to leap over them. Go forward and liberate the Cursed Captain by attacking his cage.

The cage will fall down but he will still be trapped inside the cage. Now the captain will ask you to get the key belonging to his cage. It will be inside the tavern behind the wrecked ship towards the left side.

Move up the ramp and use the pulley to lower the chandelier. Cage Key will be on the Chandelier. Pick up the key and go back to the cage to free the Cursed Captain. Take the cursed captain along with you. That will complete the Seeker of the Pirate’s Life Trial.

Next, climb the ladder then light your lantern on the brazier to trigger the light. Makes use of the two wheels to target the light, the vertical movement will be controlled by the right wheel and the horizontal position will be controlled by the left. The Ferrymen’s attention will be drawn to the torch in front of you and the two torches on your left. You will have to ignite the latter 2 torches using the torch.

Pick up the Cursed Captain with the key inside his mouth and head towards the ship with red sails. Place the skull on the skeleton near the door to unlock it.

Ferry of the Damned

Now, tow the boat at the back and dock it. Go right and get on top deck, before the Ferryman. ignite the Well of Fates at the center using the Flame of Souls of your lantern. It will carve a hole into the ship, which allows you to enter the center deck. Go down the deck to light the lamps in front to unlock the doors.

When you find yourself in a room with a locked door with some lids. Move the lids to reveal the hidden lanterns and light them up. That will open the door. Go inside the room and then downstairs. After that go all the way back until you see a dog with keys in its mouth and Captain Jack Sparrow in the cage.

Get the key from the doggo and free Captain Jack Sparrow. Follow Jack Sparrow to the deck. After a few minutes of conversation between Jack Sparrow and Ferryman, the Flying Dutchmen will rise up! Use the canons to destroy the dutchmen. Cannonballs will be on the lower deck.

The Flying Dutchmen will submerge in the sea from one side and emerge from the other. He will keep doing this again and again so switch your position accordingly.

After a while, Ocean Crawlers of different kinds will board your ship and there will be a lot of them. Meanwhile, The Dutchmen will keep submerging and emerging for a while. It will be a pretty long battle, but there are supplies on the deck below you to keep you going.

After a while, the enemy will get your treasure and Jack Sparrow will fall in the sea. That will conclude the A Pirate’s life Tall Tale in SoT and a door will appear in the Ferry of the Damned. Exit via the door.

By completing this tall tale you get 8000 gold and the Cursed Captains Hat item!