Six Twin Cities men have been charged in a sophisticated trafficking operation that federal authorities say may be responsible for importing thousands of pounds of marijuana products into Minnesota in recent years.

Criminal investigators for the IRS say the men shipped crates of marijuana by truck from northern California to a warehouse in St. Paul, where they packaged and prepared it for sale. Investigators tracked 61 shipments back and forth from California to Minnesota since 2016, according to an affidavit written by an IRS special agent.

The shipments "were usually about 300 to 500 pounds lighter" upon returning to California, the affidavit says, meaning the alleged conspiracy may have brought between 18,300 and 30,500 pounds of marijuana flower, edibles and other products into Minnesota.

Marijuana has been legalized in 18 states for recreational use. Minnesota is not one of them, and the state's medical marijuana law only expanded to include cannabis flower this year. In a watershed moment, the DFL-controlled Minnesota House passed a recreational marijuana bill this year, but the Republican-controlled Senate failed to take up the proposal.

Federal statute still classifies marijuana as a controlled substance, though these cases, especially low-level ones, have not been a priority for the Justice Department in recent years.

Attorney General Merrick Garland has not issued a formal memo stating his policy on marijuana enforcement, but he said during his nomination hearing this year that he believes nonviolent marijuana crimes don't require incarceration.

Meanwhile, federal authorities continue to target the marijuana trade. This week's bust marks the largest in recent memory in Minnesota. In all of 2019, Minnesota law enforcement seized 1,300 pounds of marijuana and 259 pounds of hash and wax, according to the most recent data from the state's multijurisdictional Violent Crime Enforcement Teams. 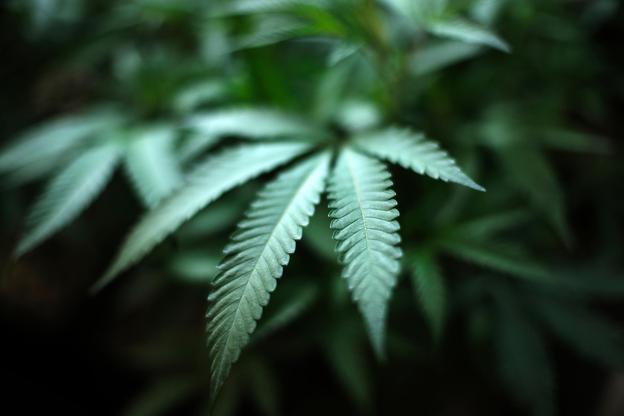 According to the IRS affidavit:

On at least three occasions this year, the men shipped crates from a warehouse on Energy Park Drive in St. Paul, rented in the name "D & S Systems," to a warehouse belonging to "Modern Waters" in North Highlands, Calif., near Sacramento.

Each time, a few of the men flew to California the day before the truck arrived. They drove rented vehicles north to the town of Redding, Calif., and land owned by a St. Paul resident who is not named in court documents.

Investigators found a Google Earth image that showed "what appeared to be marijuana" growing on the property. The men drove the marijuana back to the North Highlands warehouse and loaded it onto a truck chartered for the St. Paul warehouse. They then flew back to Minnesota.

Law enforcement staked out the St. Paul warehouse Monday and arrested all six men. Investigators seized 600 pounds of marijuana flower and "300 to 400 pounds" of edibles and THC vape juice from the warehouse.

In searches of the men's properties in St. Paul and the east metro, authorities seized more than $250,000, cocaine, handguns, more than 120 more pounds of marijuana and scores of edibles and plants. Each man has been charged with conspiracy to distribute more than 1,000 kilos [1.1 tons] of marijuana.

David Gehl, Finch and Kittleson have prior drug convictions in Minnesota; Maykoski has been found guilt of several assaults and thefts, court records show.

David Gehl, Kittleson and Maykoski were jailed pending a detention hearing Friday. The other three were released on bond. Their case has been assigned to a public defender, who did not respond to a request for comment Wednesday.