The best Solasta: Crown of the Magister mods

Solasta: Crown of the Magister is a charming D&D game with the energy of a homebrew campaign—the kind where the Dungeon Master maps out a world, writes its history, plans an epic quest, and then the players come along and make bad jokes all the way through it. Thanks to Solasta's Dungeon Maker you can homebrew your own scenarios for it or play those made by others, though don't expect adventures with quite the scope of Neverwinter Nights and its ambitious modules.

Even if you stick to Solasta's main campaign, there are lots of mods worth looking at to tweak its implementation of D&D's 5th edition rules, its interface, and more.

First, grab the Unity Mod Manager to handle your Solasta mods (and those for any other games made in the Unity engine like, say, Pathfinder: Kingmaker). Make sure to run it as administrator when you're installing mods, the first being Solasta Mod API, on which all the others are dependent.

Character customization in Solasta is a bit underwhelming. It's hard to make four distinct-looking characters for your party. This mod gives you an extra 54 faces to choose from by unlocking those used by NPCs, which means a wider variety with a lot more lined and elderly faces.

Make sure not to use the vampire-looking face—when I tried it my character's animations were all swapped for the vampire's, which meant she attacked by biting, equipped weapons that clipped through her claws, and hovered in every combat. Which was funny, but a bit distracting.

One of the neat things about 5th edition D&D is that characters aren't just defined by class, but also have a background that suggests a life outside that role. A paladin with the spy background feels quite different to one with the acolyte background. However, Solasta ties its crafting system to the proficiencies determined by your choice of class and background, and if you don't want to risk missing out on one—or not having anyone who can pick locks because you don't happen to have a rogue or low-life—this mod lets you choose which proficiencies and bonus skills you start with no matter your background.

Roll up a human character in Solasta and you'll get the default version from the Player's Handbook. A bit good at everything, kind of bland. A lot of D&D players prefer the rules for playing a "variant human", which gives you options for personalizing what you're good at and lets you choose a feat at level one. This mod ports those rules into Solasta. If you want every species to start with a feat, Level 1 Feat All Races makes that possible. (If you install both mods, humans will start with two feats.)

It still feels like playing a human is a bit of a handicap given they don't have darkvision, and there are so many unlit areas in Solasta's campaign. Halflings suffer from the same problem, and your classic halfling rogue will have to sneak around holding a brightly lit torch if they don't want disadvantage on any rolls they make in dim light. This mod gives everyone darkvision so you're not tempted to make an entire party of half-elves or whatever.

The brief individual tutorial quests are a fun way to start your first campaign, but if you replay it you'll want to get to the good stuff. This mod lets you jump right past them.

If you get a few hours into Solasta then realize that only wizards (and clerics with the insight domain) can cast the identify spell and here you are with a sorcerer instead, the Respec mod will be a lifesaver. If you accidentally picked the same voice for two characters it'll come in handy as well. It lets you roll characters back to level one, change their class, background, face, voice, whatever, and then advance them back to their current level. 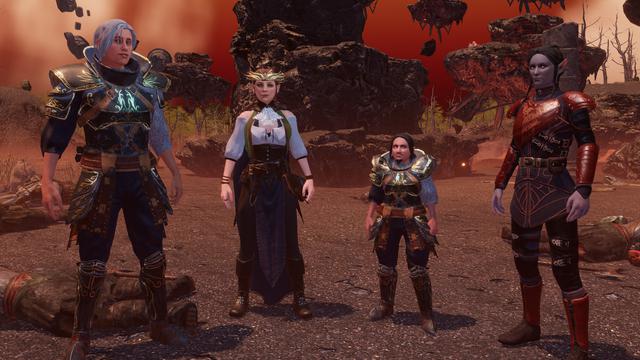 Note that you can only respec when you're due to level up and when you're about to camp on the overworld map.

If you're feeling the absence of your favorite D&D class, some of the ones missing from Solasta have been modded in along with a multiclass option as well. They'll feel a bit basic compared to the defaults—the barbarian goes into a rage in total silence, the bard likewise using abilities without a jaunty tune—but they get the job done.

I'd skip the bard subclasses with abilities that let you spend your reaction to help or hinder attack rolls, because clicking past the pop-up asking if you want to use that power every single time an attack happens will get old fast.

While it's still in beta and doesn't have options for putting things like dialogue scenes or shopkeepers into adventures, Solasta's Dungeon Maker is already being used to make some fun crawls. Combat's the best thing about Solasta anyway, so having modules focus on that is no bad thing, and the community's come up with inventive ways around the Dungeon Maker's shortcomings. Dungeons are available on the Steam Workshop, though some are mirrored on NexusMods and mod.io support has been added for the GOG version.

Gear Up Before Adventuring

After you've rolled up a band of adventurers, take them to this dungeon to make sure they're properly kitted out. It's a room full of treasure chests containing basically every bit of gear available, so you'll have to exercise restraint and hold yourself back from grabbing a bunch of magic artifacts, but do grab thieves tools and any level-appropriate basics you need.

Tomb of Heroes on NexusMods

If an earthquake revealed a mysterious hole I'd probably stay out of it, but that's because I'm not a hero (or a Junji Ito character). Tomb of Heroes presumes you're going to go into that hole, and when you do you'll find an atmospheric crypt full of undead. There's a backstory to slowly uncover as you creep about reading tombstones, and the after-effects of the quake are cleverly modeled with reskinned traps.

Solasta's designers created this campaign as an example of what's possible in the Dungeon Maker, and it shows how much you can do with text written on walls and banter appearing over characters as you explore in lieu of interactive dialogue scenes. It's made for a party of level 1 characters, and will take you from goblin caves to more unusual locations. Once you're done with Caer Falcarn, there's a follow-up called Dun Cuin.

If you've got fond memories of the board game HeroQuest, you'll enjoy SolastaQuest's recreation of it. While other user-made dungeons sometimes struggle to fill big rooms with enough level furniture, the HeroQuest maps were always tight and claustrophobic, which makes them feel quite different. Between quests you get a base to hang out in, with a simulated shop that operates on the honor system so you can trade in some treasure for the crossbow or shield. Just a shame there's no broadsword.

Jody's first computer was a Commodore 64, so he remembers having to use a code wheel to play Pool of Radiance. A former music journalist who interviewed everyone from Giorgio Moroder to Trent Reznor, Jody also co-hosted Australia's first radio show about videogames, Zed Games. He's written for Rock Paper Shotgun, The Big Issue, GamesRadar, Zam, Glixel, and Playboy.com, whose cheques with the bunny logo made for fun conversations at the bank. Jody's first article for PC Gamer was published in 2015, he edited PC Gamer Indie from 2017 to 2018, and actually did play every Warhammer videogame.