The Coffee Bar is headed for Putnam Block location

BENNINGTON — Another key piece of the Putnam Block redevelopment project is falling into place.

The expected coffee shop on the ground floor of the former Courthouse or Pennysaver Press building has been revealed as the Coffee Bar. The owner is Paul W. Carroccio, who is promising more than just caffeinated drinks.

Live music also will be featured, he said, along with the work of local visual artists, sculptors and others. Carroccio said he intends to plunge into the music himself, as he’s a drummer who has played with a number of local bands.

Carroccio also owns a Coffee Bar adjacent to his TPW Real Estate office in Ludlow. He said he’ll operate the Coffee Bar in Bennington with his wife, Chrissy.

TPW, based in Manchester, serves as the leasing agent for the three historic buildings being renovated at the Four Corners – also including the former Hotel Putnam and the Winslow Block.

Finish work was underway Friday inside the 2,000-square-foot space the coffee shop will occupy, and Carroccio said the goal is to open in September or early October.

The ground floor Coffee Bar location is next to the Bennington Bookshop, which moved into its space in June, and has entrances on South Street side near the Four Corners intersection, and at the rear of the building near a parking lot for the three redevelopment buildings.

The shop will feature Mocha Joe’s coffee and other drinks, including espresso, along with pastries and other food.

“We want something that will be really fun for the community,” he said.

Carroccio said his strong interest in live music has led to his support or participation in such events as the Harvest Moon and Green Mountain Bluegrass & Roots festivals, the Dorset Theatre Festival, and the upcoming Southern Vermont Summer HomeBrew Festival, to be held Aug. 7 in the Tuttle lot between Depot and North streets.

“The big theme is that we are committed to the Putnam Block and to Bennington,” he said. 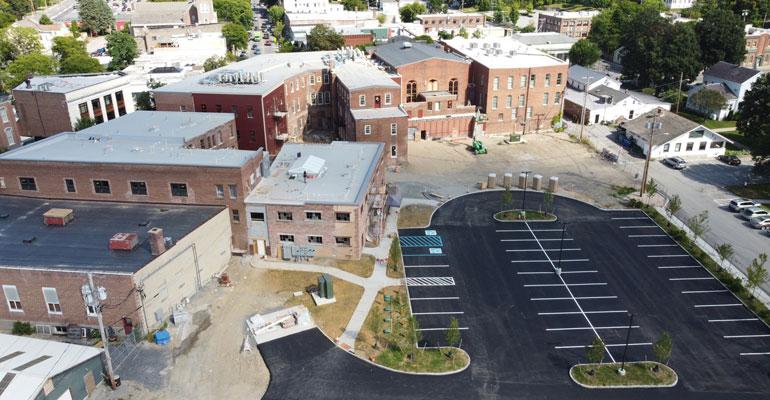 The new shop is expected to fill a void expressed by many in town after the closure of the South Street Café & Bakery. The business operated for 25 years on the ground floor of the former hotel building, but did not return following a long closure due to the Putnam Block construction and the COVID-19 pandemic shutdown.

More news about pending Putnam Block tenants surfaced in June with word that the operators of the Union Underground restaurant in Manchester are expected to fill the former café space with an eatery, which would include additional space at the rear of the hotel and outdoor seating there.

The Union Underground opened in 2018 in the former Factory Point National Bank building in Manchester.

The business was a collaboration of General Manager Erica Lawrence-Dearstyne and co-owners and developers Bill Drunsic and his son, Steve Drunsic.

“Bill Drunsic is about to commence fit-out of the restaurant for a target opening in mid- to late fall,” Bill Colvin, assistant director of the Bennington County Regional Commission and local point-person for the Putnam Block redevelopment project, said Thursday.

Tenants of the three historic buildings also include Bennington College, which will have office and some residential space in the Winslow Building; Southwestern Vermont Health Care, which has space for VNA & Hospice offices and an early childhood intervention program, and other commercial tenants, including Great Fields Pet Supply.

Global-Z International has space on the upper floor of the Courthouse building, and individuals are leasing new housing units in the historic structures.

The full Putnam Block project covers a four-acre site. It is being developed by the Bennington Redevelopment Group, LLC, a consortium of local organizations, businesses and individual investors, including SVHC, the Bank of Bennington, Global-Z and Bennington College.

Phase two, which halted during the pandemic, was expected to include new commercial structures adjacent to the Winslow Building and further site improvements in the parking and open space areas behind the three historic buildings.

Phase three is envisioned as a range of market rate and affordable housing along Washington Avenue at the western edge of the Putnam Block site.