Time to get serious about Natick Public schools summer reading, 2021

Just a friendly reminder that Thursday, September 2nd is the the first day of school for Natick Public School kids. Those summer reading books aren’t going turn their own pages, so it’s time for students to get down to it. Natick’s teachers and librarians have put long thought into what makes a riveting summer read, the type that will encourage students to cozy up and enjoy the pleasures of a good book. So whether your readers are at home, on summer vacation, or at camp, supply them with a pile of reading material, then stand back and let them do their thing.

There are no formal summer reading requirements or assignments for grades K – 4. It’s recommended that kids get in 30 minutes of reading per day, whether that’s by independent reading, someone reading to them, or including audiobooks into the mix. But don’t let that stop kids from enjoying all the good books they can get their hands on. The Morse Institute or Bacon Free Library staff members can recommend books based on kids’ ages and interests.

Grades 5 – 7: students must select one of the following texts, and each book has prompts that students should review before reading the book.

Grade 8: students have one required text.

In addition to the required text for each grade level, all middle school students should read at least two other books.

Incoming grade 5, read one of the following:

In addition to the required text for each grade level, all incoming 5th grade students should read at least two other books.

24 Hours in Nowhere, Dusti Bowling Summary: Welcome to Nowhere, Arizona, the least livable town in the United States. For Gus, a bright 13-year-old with dreams of getting out and going to college, life there is made even worse by Bo Taylor, Nowhere’s biggest, baddest bully. When Bo tries to force Gus to eat a dangerously spiny cactus, Rossi Scott, one of the best racers in Nowhere, comes to his rescue—but in return she has to give Bo her prized dirt bike. Determined to buy it back, Gus agrees to go searching for gold in Dead Frenchman Mine, joined by his old friend Jessie, Rossi, and even Bo’s sidekick, Matthew. As they race against the clock hunting for treasure, narrowly surviving everything from cave-ins to mountain lions, they bond over shared stories of how hard life in Nowhere is—and they realize this adventure just may be their way out.

The Barren Grounds, David Robertson Summary: Morgan and Eli, two Indigenous children forced away from their families and communities, are brought together in a foster home in Winnipeg, Manitoba. They each feel disconnected, from their culture and each other, and struggle to fit in at school and at their new home—until they find a secret place, walled off in an unfinished attic bedroom. A portal opens to another reality, Askí, bringing them onto frozen, barren grounds, where they meet Ochek (Fisher). The only hunter supporting his starving community, Misewa, Ochek welcomes the human children, teaching them traditional ways to survive. But as the need for food becomes desperate, they embark on a dangerous mission. Accompanied by Arik, a sassy Squirrel they catch stealing from the trapline, they try to save Misewa before the icy grip of winter freezes everything—including them.

style in sixth grade. That—and hanging out with his crew (his best friends since little-kid days) and playing video games—is what he wants to be thinking about at the start of the school year, not the protests his parents are always dragging him to.

But when a real estate developer makes an offer to buy Kensington Oaks, the neighborhood Wes has lived his whole life, everything changes. The grownups are supposed to have all the answers, but all they’re doing is arguing. Even Wes’s best friends are fighting. And some of them may be moving. Wes isn’t about to give up the only home he’s ever known. Wes has always been good at puzzles, and he knows there has to be a missing piece that will solve this puzzle and save the Oaks. But can he find it . . . before it’s too late?

Take Back the Block

introduces an irresistible 6th grader and asks what it means to belong–to a place and a movement–and to fight for what you believe in.

Incoming grade 6, read one of the following:

In addition to the required text, all incoming 6th grade students should read at least two other books.

Wink, Rob Harrell Summary: Ross Maloy just wants to be a normal seventh grader. He doesn’t want to lose his hair, or wear a weird hat, or deal with the disappearing friends who don’t know what to say to “the cancer kid.” But with his recent diagnosis of a rare eye cancer, blending in is off the table.

Based on Rob Harrell’s real life experience, and packed with comic panels and spot art, this incredibly personal and poignant novel is an unforgettable, heartbreaking, hilarious, and uplifting story of survival and finding the music, magic, and laughter in life’s weirdness.

When You Trap a Tiger, Tae Keller Summary: Would you make a deal with a magical tiger? This uplifting story brings Korean folklore to life as a girl goes on a quest to unlock the power of stories and save her grandmother. 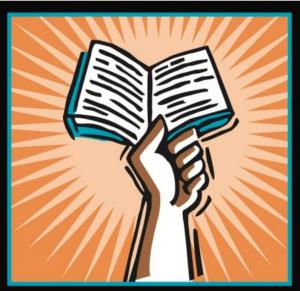 When Lily and her family move in with her sick grandmother, a magical tiger straight out of her halmoni’s Korean folktales arrives, prompting Lily to unravel a secret family history. Long, long ago, Halmoni stole something from the tigers. Now they want it back. And when one of the tigers approaches Lily with a deal–return what her grandmother stole in exchange for Halmoni’s health–Lily is tempted to agree. But deals with tigers are never what they seem! With the help of her sister and her new friend Ricky, Lily must find her voice...and the courage to face a tiger.

Endling, Katherine Applegate Summary: Byx is the youngest member of her dairne pack. Believed to possess remarkable abilities, her mythical doglike species has been hunted to near extinction in the war-torn kingdom of Nedarra. After her pack is hunted down and killed, Byx fears she may be the last of her species. The Endling. So Byx sets out to find safe haven, and to see if the legends of other hidden dairnes are true.

Along the way, she meets new allies—both animals and humans alike—who each have their own motivations for joining her quest. And although they begin as strangers, they become their own kind of family—one that will ultimately uncover a secret that may threaten every creature in their world.

A Wish in the Dark, Christina Soontornvat Summary: A boy on the run. A girl determined to find him. A compelling fantasy looks at issues of privilege, protest, and justice.

All light in Chattana is created by one man — the Governor, who appeared after the Great Fire to bring peace and order to the city. For Pong, who was born in Namwon Prison, the magical lights represent freedom, and he dreams of the day he will be able to walk among them. But when Pong escapes from prison, he realizes that the world outside is no fairer than the one behind bars. The wealthy dine and dance under bright orb light, while the poor toil away in darkness. Worst of all, Pong’s prison tattoo marks him as a fugitive who can never be truly free.

She Loves You (Yeah, Yeah, Yeah), Ann Hood Summary: The year is 1966. The Vietnam War rages overseas, the Beatles have catapulted into stardom, and twelve-year-old Rhode Island native Trudy Mixer is

thrilled with life. Her best friend, Michelle, has decided to become a cheerleader, everyone at school is now calling her Gertrude (her hated real name), and the gem of her middle school career, the Beatles fan club, has dwindled down to only three other members–the least popular kids at school. And at home, her workaholic father has become even more distant.

Determined to regain her social status and prove herself to her father, Trudy looks toward the biggest thing happening worldwide: the Beatles. She is set on seeing them in Boston during their final world tour–and meeting her beloved Paul McCartney. So on a hot August day, unknown to their families, Trudy and crew set off on their journey, each of them with soaring hopes for what lies ahead.

Incoming grade 7, read one of the following:

In addition to the required text, all incoming 7th grade students should read at least two other books.

Ghost Boys, Jewell Parker Rhodes Summary: Only the living can make the world better. Live and make it better. Twelve-year-old Jerome is shot by a police officer who mistakes his toy gun for a real threat. As a ghost, he observes the devastation that’s been unleashed on his family and community in the wake of what they see as an unjust and brutal killing.

Soon Jerome meets another ghost: Emmett Till, a boy from a very different time but similar circumstances. Emmett helps Jerome process what has happened, on a journey towards recognizing how historical racism may have led to the events that ended his life. Jerome also meets Sarah, the daughter of the police officer, who grapples with her father’s actions.

Other Words for Home, Jasmine Warga Summary: Jude never thought she’d be leaving her beloved older brother and father behind, all the way across the ocean in Syria. But when things in her hometown start becoming volatile, Jude and her mother are sent to live in Cincinnati with relatives.

At first, everything in America seems too fast and too loud. The American movies that Jude has always loved haven’t quite prepared her for starting school in the US—and her new label of “Middle Eastern,” an identity she’s never known before.

But this life also brings unexpected surprises—there are new friends, a whole new family, and a school musical that Jude might just try out for. Maybe America, too, is a place where Jude can be seen as she really is.

In addition to the required text, all incoming 8th grade students should read at least two other books.

Flying Lessons, Ellen Oh Summary: Great stories take flight in this adventurous middle-grade anthology crafted by ten of the most recognizable and diverse authors writing today. Newbery Medalist Kwame Alexander delivers a story in-verse about a boy who just might have magical powers; National Book Award winner Jacqueline Woodson spins a tale of friendship against all odds; and Meg Medina uses wet paint to color in one girl’s world with a short story that inspired her Newbery award-winner

Plus, seven more bold voices that bring this collection to new heights with tales that challenge, inspire, and celebrate the unique talents within us all.

Link to summer reading lists for the various courses.