Here are the new (and recent) metal releases for the week of May 2nd, 2021 to May 8th, 2021. Releases reflect proposed North American scheduling, if available. Expect to see most of these albums on shelves or distros on Fridays.

See something we missed or have any thoughts? Let us know in the comments. Plus, as always, feel free to post your own shopping lists. Happy digging.

Send us your promos (streaming links preferred) to: editors@invisibleoranges.com. Do not send us promo material via social media.

I mean, no, its not Fear of Tomorrow or By Inheritance, but X is pretty competent thrash, and the approach to melodies and riffs has that classic Artillery flair to it. Unfortunately, the song topics and lyrics are... not that engaging. "In Thrash We Trust" — really?

This new EP features more of the folk/black metal mix that Ereb Altor has continuously developed, drenching epic guitar lines in mystic atmospheric layers. I especially like how the vocals slot into this, delivered with full-throated rawness and buried just enough to give the sense that theyre being howled through the mist.

Candlemass are one of the most legendary and foundational bands not only in doom metal but for the swedish metal scene as a whole. Over the years many different voices have fronted Candlemass hymns, the most well known being Messiah Marcolin’s tenure during their peak early years, but in 2018 the band’s original vocal collaborator Johan Längquist was invited to join for the first time as a full member. His contribution to Candlemass’ debut Epicus Doomicus Metallicus was listed merely as a session musician, but now he was fully enveloped in the fold of the band who exploded onto the world’s stage with 2019’s The Door to Doom, an album that sits prominently amongst my top ten of that year.

Like the rest of the musical world their revitalized energy was rather short lived before the global pandemic hit and altered all of our lives. Just as many bands have seen fit to do Candlemass on July 3rd of last year streamed a live performance for their legions of fans the world over to experience the band in their own living rooms... or at least cell phones. Almost a year later Peaceville records is releasing that performance as a “live” album titled Green Valley Live. As someone who was fortunate enough to attend one of Candlemass’ pre-pandemic shows with Längquist back on board I can attest listening to the album rushes me to happy memories from one of my favorite live sets, minus the crowd immersion aspect. The rest of the band, led by bassist and mastermind Leif Edling, play exceptionally well as Längquist not only performs his old songs like well worn gloves but does a remarkable job breathing his own character into a number of classic Marcolin era tracks like “Mirror Mirror” and “Bewitched.” It’s such a compelling take that one could easily imagine an alternative universe where he had always fronted the band, which was exactly my thoughts when banging my head at a guard rail in front of the band two years ago.With the potential of live concerts opening up again in the second half of this year or the next let this fine slab of doom not only be a fond memory from these recently dark times but as well encouraging sustenance while waiting just a bit more to see the gods of doom grace a stage in front of your own eyes and ears. If one is so inclined you can also purchase the double disc cd which includes a DVD of the full live stream.

No preview tracks from this one yet.

The first challenge here is making it through the album title -- with that down, youre ready for the fascinatingly grotesque assault of black/death that the record throws at you. With each song packing a whopper of a song title, the album alternates between IQ-reducing death metal bludgeonings and multi-layered explorations that venture into stranger territories, wrapped within a miasmic fog.

Absolutely putrid death/doom metal with a heavy emphasis on doom. Dont go into this expecting a cavernous, American-styled post-Incantation styled affair. Rather, Larvaes "all the low-end possible" slow-as-can-be doom is drenched in enough gore to offend Brain Dead-era Peter Jackson.

There’s a certain sort of aggressively anti-social Italian metal that always tickles me. Galloping, heavy-metal influenced black/death riffage, weird changes, and influence from the gods of Italian metal gets me JUST right, and Gargoyle fall squarely into a happy tradition going back all the way to Paul Chain and Black Hole. Citing influences from Death SS and Mortuary Drape, Gargoyle’s brand of doom-laded extremity hits right for any occult mood and is highly recommended to all fans of ancient Italian bewitching doom.

Editors Note: We also premiered a single from this one. It comes strongly recommended!

Father Befouleds side of this new 7” split isn’t really why Im talking about it. A lackluster and somewhat uninspired approach to songwriting waste a bunch of great musicians (Amos Rifkin in particular always annihilates behind the kit, even when the rest of the song doesn’t do it for me) for a sure-fire fastrack to me never hitting their side of the 7” whenever I get around to grabbing it. 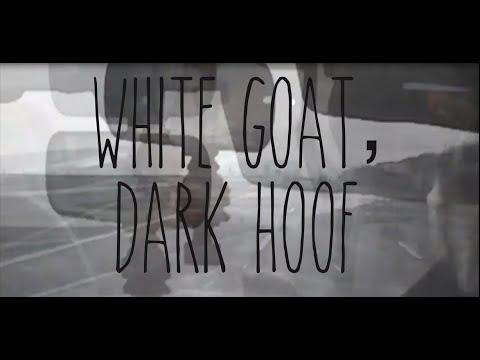 Why grab it if I think half of it sucks? Well, the answer is Exaugurate, who continue to beguile and slay in ways that really defy belief. Suffocating, harrowing, and intensely focused on their own vision of death, Exaugurate don’t really give a fuck about trends, fans, or making friends- they just want to bury the world under their riffs, and that’s exactly what they do. Their six-and-a-half minutes are easily some of the best death metal so far from this year and are well worth checking out; though six minutes isn’t really enough, it’s nice to have more from these guys so soon after last year’s EP, and I can only hope an album is on the way.

If a band has a website page dedicated to better explaining their music its arguably a case of their work being detached from anything conventionally understood. In the case of Zwart vierkant, Grey Aura could write an entire thesis and it still wouldnt spoil the albums detours. The Dutch outfits sophomore album is based on Ruben Wijlackers novel about abstract art and radical modernism, the artwork is bright like its confronting preconceived notions of black metal, and it contains flamenco, spoken word, and jazz elements. All this means Zwart vierkant is weird in the best ways. The two tracks streaming now are as dry as the desert, with manic guitars cascading alongside hoarse barks -- that is, until Grey Aura diverge into whatever strange fascination they indulge for the next few meters.

As the lines between metal subgenres blur, Human Failure congeals death metal, punk, and noise into the deplorable. Each component injects an identifiable characteristic; the tight track lengths can be traced to hardcore, the blemishing production veers into tinny feedback, and the backbone is a death metal skeleton recalling thrashy roots. Human Failure stratifies the genres admirably. The released tracks are broken mason jars of dirt and nails, a representation as grimy as Crown on the Head of a King of Muds personification of American living.

Bretus excels at combining the wicked edge of doom metal with its potential for stoned-out-of-your-mind grooviness. Squelching lesser attempts at this fusion beneath its feet, Magharia is a murky and sinister jam session that feels like a step forward into even more weirdness for the Italian doomsters.

Retro-minded traditional doom that goes a little slower than many contemporary acts, but also avoids full-on amplifier worship for some more dynamics and bluesy jaunts. Its not an all-riffs-all-the-time rocker, but the dalliances into slower and psychedelic territory more than prove their worth here.

How do you freshen up stoner doom? Well, you can do what Moon Coven does, and inject an impressive command of both driving melody and experimental tendencies into a classic, fuzzy slice of the stuff. Dont miss these riffs!

Merging brusque doom riffs with much flightier progressive elements, Vokonis simultaneously has that "heavy prog" sense that youd generally expect from bands The Sign Records works with (ex: Night, Hällas), as well as a grimy, stoner-y doom side. Its an unusual combination worth investigating.

Expressive, atmospheric black metal with lacerating melodies carving out their paths in your mind.