Slay The Spire's Ascension 20 is one of the most challenging forms of roguelike deckbuilding you can come across. Even the very best players average somewhere close to a 50 percent win rate, which gives you an idea of how difficult it is to beat.

RELATED: Slay The Spire Mods That Make The Game Even Better

The odds are, to put it simply, stacked against you. Slay The Spire scales in difficulty with each new Ascension run, changing factors like how much damage Elites do, how much items cost in the shop, and how many bosses you need to fight.

What Is A20 And Why Is It So Much Harder?

By the time you've reached A20 you already probably have a very competent grasp of what this game is all about. The principles of deckbuilding, knowing how to path your way through the three acts, and the synergies present within each character's set of cards should almost be second nature to you by this point.

Ascension 20 really is different gravy, though. It takes every difficulty factor added during the 19 other Ascension levels and stacks them up with extra Boss fights at the end of Act 3. It's the ultimate Slay The Spire challenge.

These tips are aimed specifically at A20 but will also appeal to those who are just looking to win more runs of Slay The Spire.

Runs of the Slay The Spire take a while, and that's the way it's meant to be. At Ascension 20 you will have to take your time. What might have seemed like innocuous decisions at A8 can have some pretty big knock-on effects at A20.

That one extra card reward you picked up that you probably didn't need? It could get you killed during the Act 4 Elite fight, in about forty minutes' time. Take a minute or two, or longer, to think about what might come next in your run.

There's no easy piece of advice to give on this one, only that the more time you take over the run the more likely it is you're going to win. Skilled players might take an hour to an hour and a half to finish a run. If it's your first time through A20 you should be looking at somewhere like two hours. Maybe more.

RELATED: The Best Games To Play If You Like Slay The Spire

Short Term Solutions Are Everything

The whole goal of Slay The Spire is to get to the next Act. If you spawn into a Hexaghost run, you should be building a deck that deals with Hexaghost. Once you beat Hexaghost, if Act 2 is a Collector run, your choices throughout Act 2 should reflect that.

It's quite common for new players to pick up cards that they think will be strong in a while, a bit like picking up Dark Embrace on floor three of an Ironclad run. That Dark Embrace isn't going to help you kill Nobbers. Nah, it's gonna get you killed.

Each character has different priorities, but the main principles are the same: early game damage will get you through most of Act 1, and that's all that matters, to begin with.

You should never really be hedging your bets on getting that one card, or that one relic. If there's one thing the Spire definitely is, it's unforgiving. Build a deck that deals with your short-term goals and scale it later.

Because a run of Slay The Spire can take upwards of two hours on Ascension 20, sometimes it's best to get strong or die trying.

Silent, on the current patch, is absolutely terrible at handling Act 1 Elites. Her card strength is just a bit poor unless you luck out with a lucky Neow reward. Does that mean you should just ignore every Elite during the first Act? No way.

Look at it this way: you're trading in thirty extra HP for the boss fight but at the cost of much of your potential strength later in the run. Elite fights offer decent card rewards, potentially run-changing Relics, and Potions that might come in to save the day in the next fight.

You should be fighting at least two Elites during Act 1, more if you can path through them properly. This changes significantly between the different Acts, as the Act 2 floor fights are much harder if you're not prepared. A poorly-timed Elite fight could mean instant death. Again, there's no exact piece of advice here other than to be prepared and aware of what your deck is capable of.

The Path You Choose Is All-Important 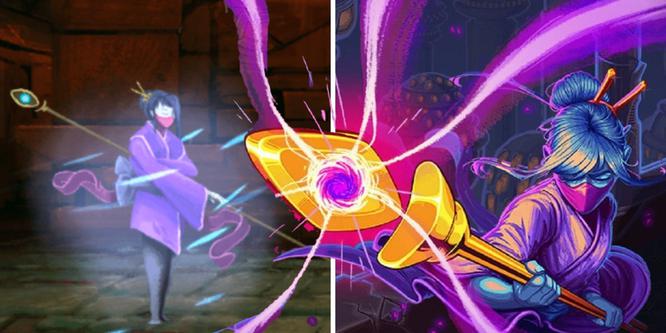 To carry on with the theme of pathing, pathing is the single most important part of StS other than building the deck. You can have the best deck possible but die if you don't choose the right path.

Act 1 Pathing - Elites. At least two. Shops at an estimated 300 gold, although this is hard to judge seeing as Question Marks can either a) be shops, b) give you loads of gold. Do not recall during Act One. Upgrading is also sometimes more important than resting, especially with a Hexaghost act. Hexaghost scales its damage off your total health.

Act 2 Pathing - Watch out for loads of floor fights, especially if you don't have Area of Effect damage, stuff like Electrodynamics for Defect, or Whirlwind for Ironclad. If you're strong enough you should target the Blazing Elite during Act 2 if possible.

Act 3 Pathing - Act 3 is less about taking more damage and more about reducing how much damage is coming in. You are going to need some way to scale health regen (Reaper for Ironclad, for example) or plenty of Block, such as a lucky Calipers, or a Talk To The Hand for Watcher.

Ascension 20 gives you a taste of what Slay The Spire's bosses are really about. You'll need to face two at the end of Act 3, which is likely going to be Time Eater, and then Awakened One or Donu & Deca.

Because of the statistical prevalence of Time Eater, you might want to think twice about decks that have to play a lot of cards (a Silent Shiv deck comes to mind), but that doesn't mean you have to throw that away totally. Likewise, The Awakened One's power-eating ability (play powers, gain strength) means power-heavy decks, like a Defect power-spam deck, is going to struggle. If that means you can't play lots of cards and you can't play lots of powers, what are you meant to do?

It's all about SCALING.

Scaling cards include stuff like Feel No Pain or Footwork, cards that basically improve your ability to block or heal during a fight. Feel No Pain, Corruption, Calipers...it's an Ironclad's dream. These are the sort of synergies you'll need to survive A20. Understanding which cards to cut, which to take, and how they interact with each other can save dead runs.

NEXT: The Best Games With The Longest Time Spent In Early Access

Niantic Confirms That Pokemon Heracross Has Been Removed From The Wild

Currently, you can only capture the Pokemon Heracross in raids.

Harry Alston is a writer based in the UK. He was once number one in the world on Call of Duty: Black Ops and now spends his days chasing that past glory.